Business organization worried about impact of new orders on businesses 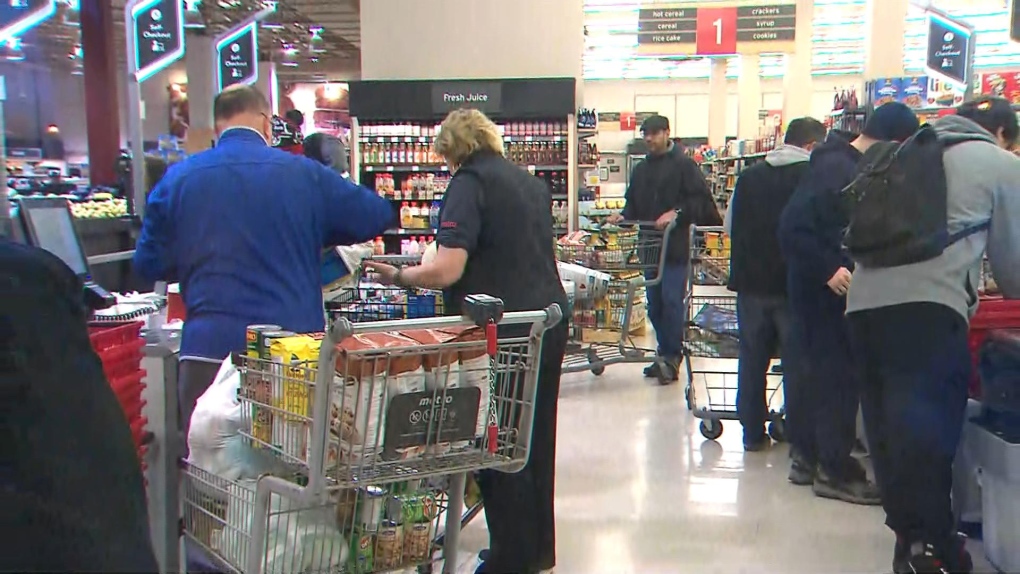 WINNIPEG -- The Code Orange level (restricted) is officially in effect for the Winnipeg Metro Region as part of the province's Pandemic Response System.

With it, comes a lot of changes, which includes everyone wearing a mask in indoor public places and gathering limits have been reduced to 10 people indoors and outdoors.

Jonathan Alward, director of the prairie region for the Canadian Federation of Independent Business (CFIB) said his biggest concern is this will lead to consumers not supporting small businesses.

"I hope everyone across the Winnipeg Metro Region feels comfortable wearing a mask, feels still comfortable going out and shopping local and supporting small businesses because they need our help now as much as ever," said Alward.

He added the concerns are high for event focused businesses that will be very limited due to the gathering restrictions.

He said it won't just be the funeral and wedding industries that will be affected, but also the "spinoff" industries.

"Catering, flowers, MCs, and the list goes on and on, even photography. They have had a very difficult time, many of those businesses throughout the pandemic, and unfortunately, this is going to be another hit for them."

Alward also said he hopes the financial aid mentioned in the throne speech by the federal government will come into effect soon to help many of these businesses.

HOW RESTAURANT AND BARS WILL DEAL WITH CHANGES

Another change people will notice is everyone must wear a mask while entering a restaurant and bar and the mask can only be taken off when people are sitting a table.

Dr. Brent Roussin, the province's chief provincial public health officer, said he and the government will be meeting with those involved in the restaurant industry on how to best protect Manitobans as there were several cases in Winnipeg linked to bars.

Alward said those consultations are beginning on Monday.

"We'll certainly be sharing data from our membership to help the government get the right rules that will actually work with business owners and help encourage compliance."

He added the majority of small business owners have complied with the health regulations that have been in place and he has no doubt they will also comply with what is happening under Code Orange.

"I think you have to look at consumer confidence. Are people going to feel comfortable going out shopping while the mask requirements are there?"

He said as a customer, he would feel comfortable if everyone is wearing a mask, but he understands not everyone would feel that way.