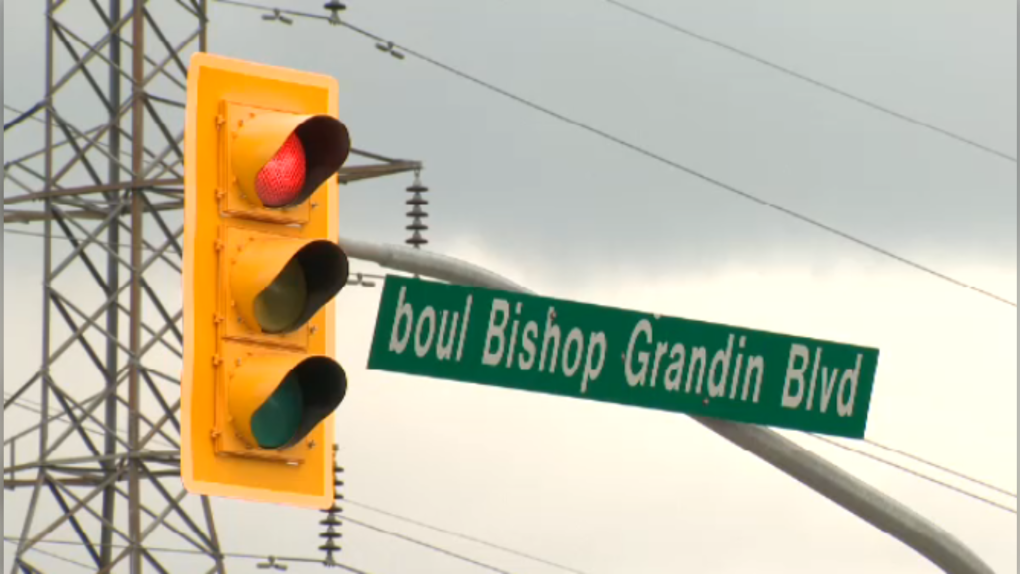 WINNIPEG -- In the wake of the discovery of a mass grave of First Nations children at the site of a former residential school in Kamloops, B.C., calls have emerged once again to rename a Winnipeg street bearing the name of one of the supporters of the residential school system.

While Grandin was known for advocating on behalf of Métis people and defending French language rights in western Canada, he was also known for being a supporter of the residential school system in Canada.

"Grandin believed that First Nations peoples needed to be "civilized" and viewed residential schools, specifically industrial schools, as the means to accomplish this mission,” a section of the Truth and Reconciliation Report reads.

In 2018, Councillor Brian Mayes, who represents St. Vital, brought forward a motion to install a new marker to an existing plaque to acknowledge Grandin’s support of the residential school system. The motion is now being considered by the committee in charge of the renaming process in Winnipeg.

“I feel like it’s been a long journey, but the idea of adding a second marker is now being considered by this committee,” Mayes said.

When asked about the potential renaming of Bishop Grandin Boulevard, Mayes said he wants the committee to see if the secondary marker will be adequate, but he is open to changing the name of the street.

“I’m not willing to discuss renaming all of St. Vital,” he said. “There are people who say, ‘Well, there is this connection, because this man’s patron saint was St. Vital. The neighbourhood is a very different issue.

“The street? Yes, I would certainly look at renaming that.”

Mayes said a decision on the second marker will likely come in 60 days.

He said if the street is ultimately renamed, the Indigenous community should be consulted for their input.

In a statement, Winnipeg Mayor Brian Bowman said it is time to “revisit” the Bishop Grandin name.

“The Welcoming Winnipeg Committee has been created to guide the City in making decisions regarding requests to create new, add to or remove/rename historical markers and place names, and resolve the absence of Indigenous perspectives and contributions in the stories remembered and commemorated,” Bowman said in a statement.

Bowman said the committee is considering the historical marker for the area, and said he will be working with other councillors in the coming weeks on the street name.

“It is the Mayor’s hope that this work can occur in an expeditious manner so that council can consider next steps to support our community’s reconciliation efforts,” he said.

-With files from CTV’s Jon Hendricks and Josh Crabb.