Canada in a guitar: Musical instrument created using items found in Manitoba, and other provinces 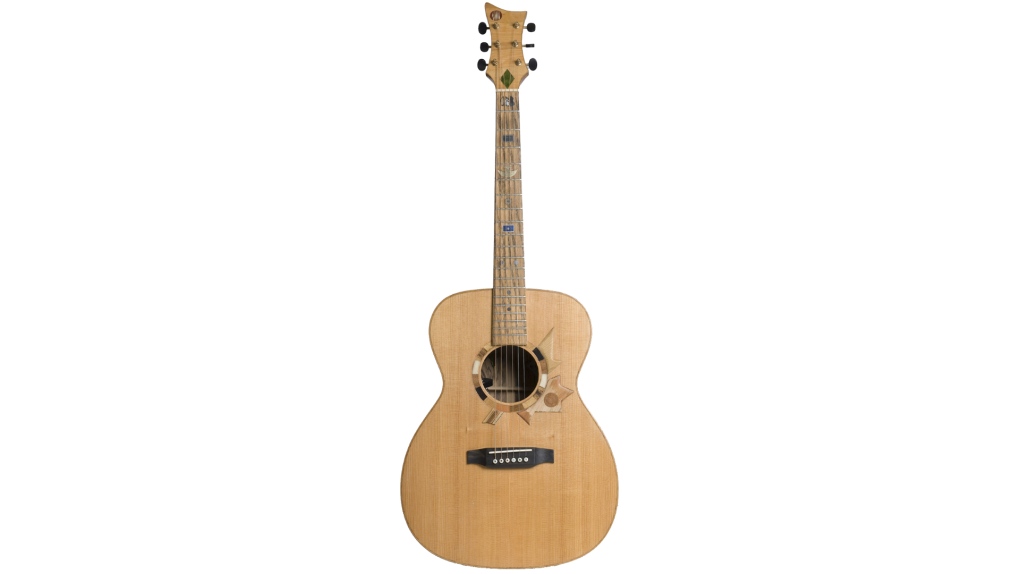 The Voyageur guitar is made from 64 different pieces of Canadian history and culture. (Submitted: David Leask/ Six String Nation)

WINNIPEG -- Canada is a big country, filled with all sorts of unique buildings, landmarks, and items. All these disparate elements have been assembled into one object - a six-string guitar called 'Voyageur.'

"It's made up from 64 different pieces of Canadian history and culture," said Scottish-Canadian singer-songwriter David Leask.

The pieces were gathered from every province and territory, including Manitoba. In fact, a big part of the guitar, the back and majority of its neck is built from oak taken from the St. Boniface Museum.

"The piece from St. Boniface museum on the back, is where Louis Riel went to school. It faces across from Sir. John A. Macdonald's piece inside from the sideboard of his house. So you know, two people who didn't get on too well, but they're still talking to each other in a way through the music that vibrates through this guitar."

Other items from our Province made it into the guitar, including one from St. Michael's Orthodox Ukrainian Church in Gardenton, and a Lucky Stone from Gimli.

The guitar was used to make an entire album of music called "Voyageur in Song."

"Throughout the journey of learning about this guitar, and all the different pieces, was really a deep dive about what Canada means to me," said Leask.

More information about the guitar can be found online.