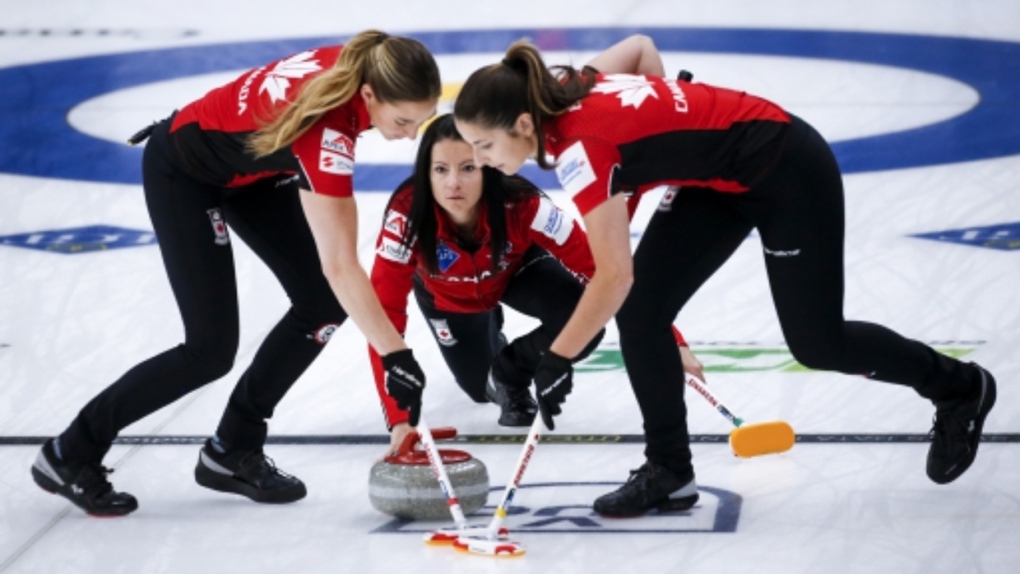 Sweden did not let Canada generate much offence, regularly forcing the Einarson side to singles.

Hasselborg, the reigning Olympic champion, was in top form. She drew for a deuce in the seventh for a 7-3 lead and made a brilliant runback double-takeout in the eighth end.

When Einarson gave up a steal of one, Canada conceded the game. Sweden advanced to play Russia's Alina Kovaleva in the evening semifinal.

Hasselborg made a hit for a deuce in the third end and kept the pressure on when Canada had hammer. Einarson simply couldn't put ends together the way she wanted and had difficulty seizing control.

The Manitoba-based team of Einarson, Val Sweeting, Shannon Birchard and Briane Meilleur struggled mightily at the start of round-robin play last weekend. They dropped five of their first six games before getting back on track and earning the sixth and final playoff spot at 7-6.

Sweden earned the third seed with a 10-3 round-robin record.

The top six teams in the 14-team field also earned Olympic berths for their countries at the 2022 Beijing Games. South Korea, Scotland, Germany and Japan were some of the notable teams that didn't make the cut and will have to try again at a last-chance Olympic qualifier in December.

Television and streaming coverage was shut down for five days of round-robin play after seven members of the event's broadcast team tested positive for COVID-19. Coverage resumed Friday after a modified broadcast plan proposal was approved by Alberta Health.

Einarson won the Canadian women's team title for the second straight year last February in the first of seven competitions in the curling bubble at Canada Olympic Park. The skip also won a Canadian mixed doubles title with Brad Gushue and guided her four-player team to a Grand Slam title last month.

Tirinzoni won the 2019 women's world championship in Silkeborg, Denmark. The 2020 competition was cancelled at the 11th hour due to the COVID-19 pandemic.

Canda's last podium appearance at this event came in 2018 at North Bay, Ont., when Jennifer Jones beat Hasselborg in the final.

Brendan Bottcher's Alberta-based team made the top six at the world men's playdowns last month but lost in the qualification game.