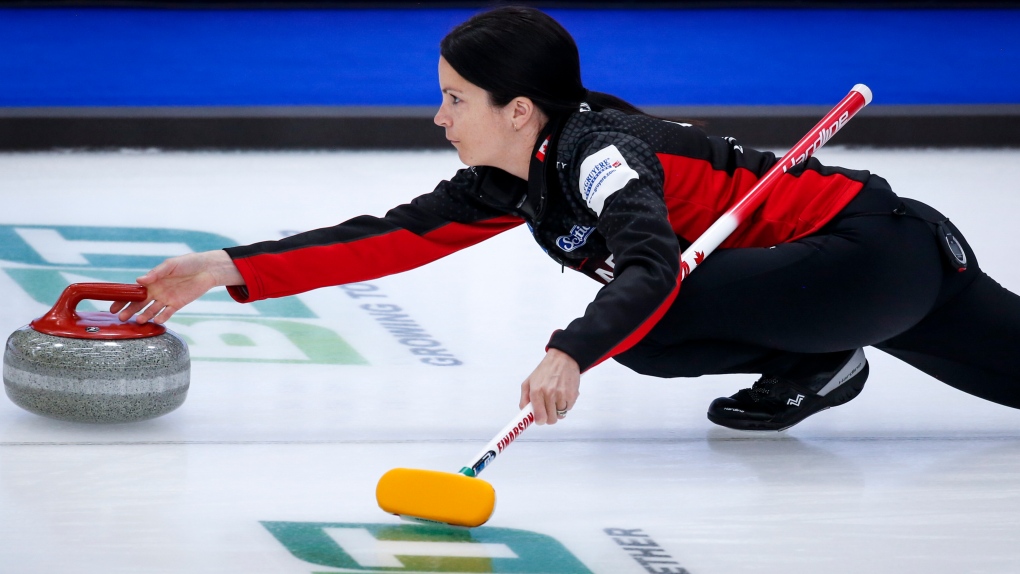 Her numbers slipped significantly in the second half with a poor ninth end, proving to be her undoing in an 8-5 loss to the defending champions.

Einarson's final rock in the ninth rolled out to give Switzerland a back-breaking steal of two before Canada was run out of rocks in the 10th.

"I just lost maybe a little bit of focus in that ninth end," Einarson said. "I just kind of babied my first one and it just grabbed. I had perfect draw weight all game. It happens and we've just got to move forward."

Einarson, from Camp Morton, Man., then dropped an 8-7 decision in the evening game to Russia's Alina Kovaleva.

"It's OK to lose a couple against some really good teams," said Canada lead Briane Meilleur. "We just know we have to capitalize on those games coming up and we can still put ourselves in a really good spot."

Einarson opened round-robin play with a loss to Sweden before rebounding with a victory over the Czech Republic's Anna Kubeskova.

She gifted Canada a steal in the opening end by ticking a stone on a blank attempt. Paetz had a chance for three in the second but her stone rolled the wrong way on a double takeout and Switzerland settled for a deuce.

Einarson regained the lead by drawing the 12-foot ring for a pair in the third. The teams exchanged singles until a blank in the seventh end. Paetz made two great shots in the eighth end, including a draw for three that gave Switzerland a 6-5 advantage.

Meilleur and Canada second Shannon Birchard threw in the 90s but third Val Sweeting was 74 per cent and Einarson slipped to 84 per cent.

Tirinzoni, who throws third stones, was at 80 per cent and Paetz threw at 79 per cent.

In the evening draw, Canada stole three points in the first end when Kovaleva was heavy with her draw. The Russian skip rebounded with a deuce in the second and found her draw weight later in the game.

Kovaleva made a brilliant hit through a tight port with her first stone in the eighth end. Einarson rolled out with her last throw to set up Russia to draw for three and a 7-6 lead.

Einarson had to settle for one in the ninth when she was unable to hit and stick. Tied with hammer coming home, Kovaleva made a draw to the four-foot ring for the single point and the victory.

Canada fell to 1-3 with the result.

"We just have to play a full 10 ends and that's all it comes down to really," Meilleur said. "There's teams that are going to make really good shots against us and we have to bounce back and play better the next game. If we lose a couple, we lose a couple.

This competition is the seventh and final event in the curling bubble at WinSport's Markin MacPhail Centre.

The top six teams will qualify for the playoffs next weekend and secure berths for their respective countries at the 2022 Beijing Olympics.

Einarson would have represented Canada at last year's world championship but the event was cancelled at the 11th hour due to the pandemic.

She beat Rachel Homan in the national final for the second straight year to earn the right to wear the Maple Leaf at this 10-day event.

Brendan Bottcher's Alberta-based team made the top-six cut at the world men's playdowns last month but was eliminated in the quarterfinals.

This report by The Canadian Press was first published May 1, 2021.