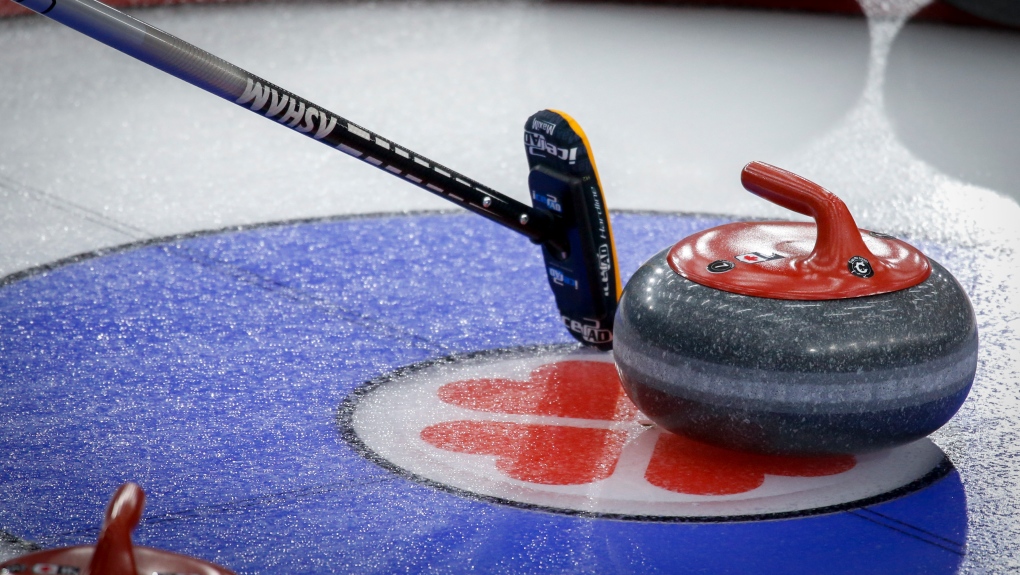 A players broom rests beside a rock directing a teammate where to aim for at the Scotties Tournament of Hearts in Calgary, Alta., Sunday, Feb. 21, 2021.THE CANADIAN PRESS/Jeff McIntosh
THUNDER BAY, ONT. -

The Canadian women's curling championship has the green light to proceed in Thunder Bay.

The 18-team Scotties Tournament of Hearts at Fort William Gardens opens Jan. 28 without fans or media in the building because of the COVID-19 virus.

Ontario announced Thursday up to 500 fans will be allowed at sporting events starting Jan. 31, leaving the door open for the possibility of spectators the final three days Feb. 4-6.

"Curling Canada is erring on the side of caution and will not admit fans into the building during the round robin even though public health guidelines allow it," the national governing body of curling said Thursday in a statement.

Two pools of nine teams will be seeded based on their position in the Canadian Team Ranking System (CTRS) as of Jan. 10 and play an eight-game round robin.

This report by The Canadian Press was first published Jan. 20, 2022.