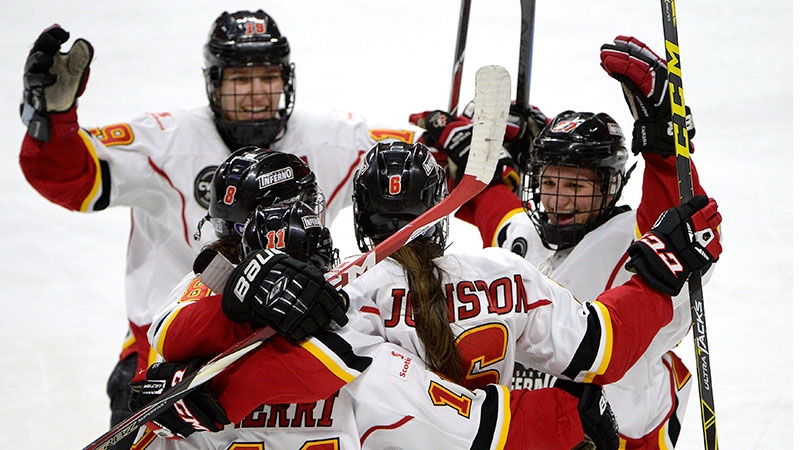 TORONTO -- The Canadian Women's Hockey League is hoping a partnership with the NHL Players' Association will help continue to grow the women's game.

During Friday's fantasy draft, ahead of the third annual CWHL all-star game, emcee Sami Jo Small announced the deal, which has been in the works for several years.

According to CWHL commissioner, Brenda Andress, the main benefit will be education for its players.

"They get the benefit of the research and knowing some of the pitfalls, (what) not to get into, some of the bumps and curves," Andress said prior to Saturday's CWHL all-star game. "It's really about giving access to our players' PA to be able to partner with somebody that's been there, done it so that we can continue to make sure we work together with our players to insure what their needs are."

The partnership with the NHLPA is in addition to the existing agreements in place between the CWHL and the Calgary Flames, Toronto Maple Leafs, Montreal Canadiens and Ottawa Senators.

"We are looking forward to working with the CWHL as both organizations share a commitment to growing the game of hockey," said NHLPA spokesman Jonathan Weatherdon in a statement.

The CWHL-NHLPA deal comes at a time when the league is set to start paying its players.

Andress wouldn't say if the CWHL will pay its players next season, but maintained the league will follow its strategic plan, which includes compensation for players starting with the 2017-18 season.

The next marquee event for the CWHL is the annual Clarkson Cup, which will be held at Ottawa's Canadian Tire Centre on March 5.