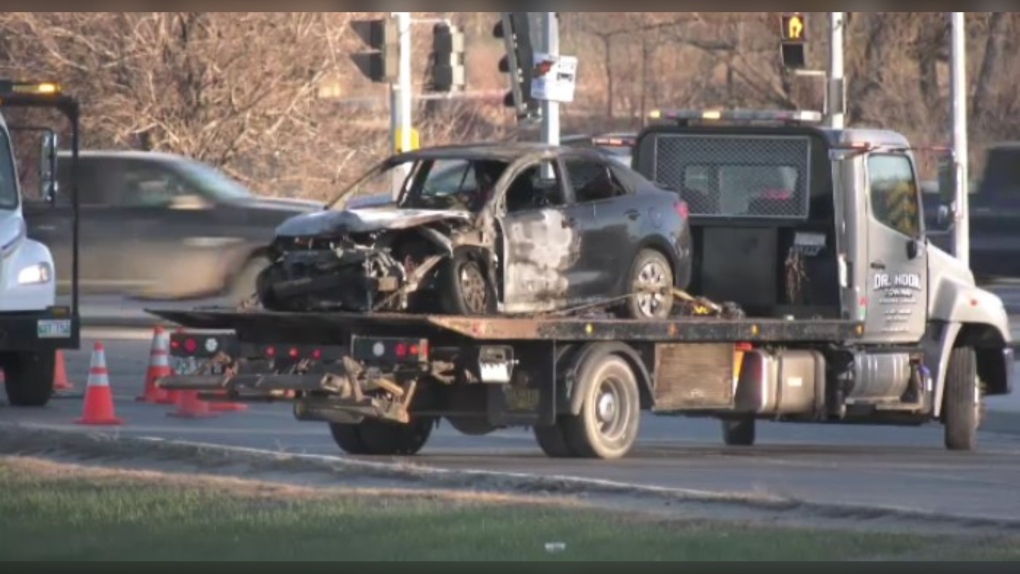 WINNIPEG -- Winnipeg police said when they got to scene of an overnight crash near Chief Peguis Trail and Main Street, no one was in the car.

Police said the collision took place around 1:30 a.m. and involved one vehicle.

Officers said when they got to the scene the vehicle was “unoccupied,” however, they found a man in the area and took him into custody. He has since been released without charges.

Winnipeg police cars were still on scene at 5 a.m., with officers noting that they didn’t know whether the scene would be cleared by the start of rush hour. Officers added that the northbound lanes on Main Street are impacted and a light pole may have been knocked down.

Images from the scene show the front-end of the car is severely damaged.

Officers said at this time, no injuries have been reported.