Case of COVID-19 at Winnipeg school may have been infectious: Public Health 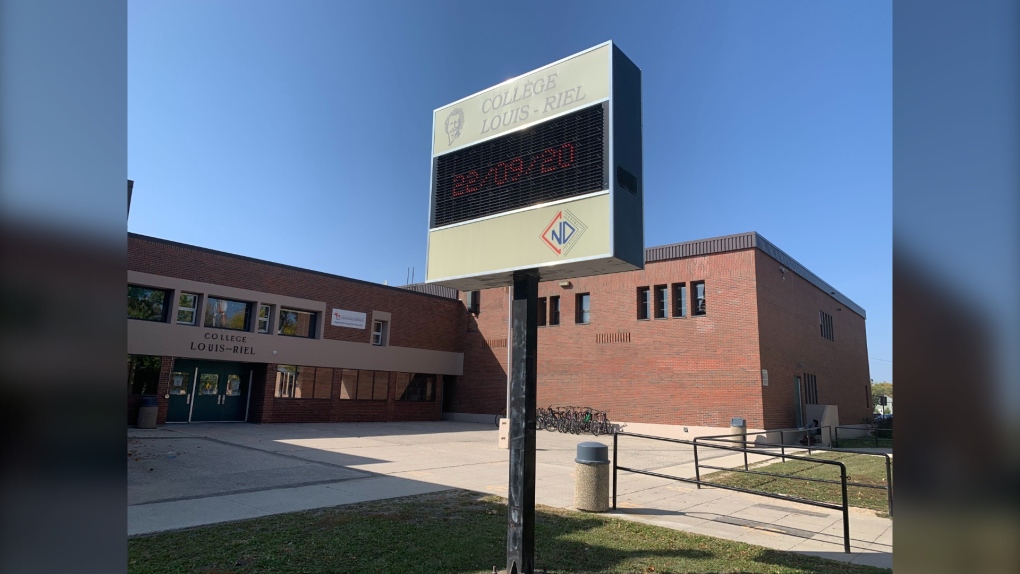 WINNIPEG -- The province is advising parents of students at College Louis-Riel in Winnipeg of a possible exposure to COVID-19.

In a letter sent to parents on Sunday, the Winnipeg Regional Health Authority said it advised the school of a confirmed case of COVID-19 had been in the school on September 28 when they may have been infectious.

The WRHA said the school is working closely with public health officials and is following their recommendations.

"Be assured that public health investigations to identify individuals who may have been exposed begin within 24 hours of a confirmed laboratory test," the letter reads. "Anyone identified as a close contact will be contacted and provided instructions for self-isolation."

The letter said testing may also be recommended, but said the exposure was assessed to be low and the infection is not believed to have been acquired at the school.

In addition, the province announced more potential exposures at IQRA School, located at 404 Webb Pl., on Sept. 22, 23, 25 and 28. One cohort at the school has been moved to remote learning. The province said there is no indication COVID-19 was acquired at school, and there is no evidence of in-school transmission.