Catalytic converter thefts on the rise in Winnipeg 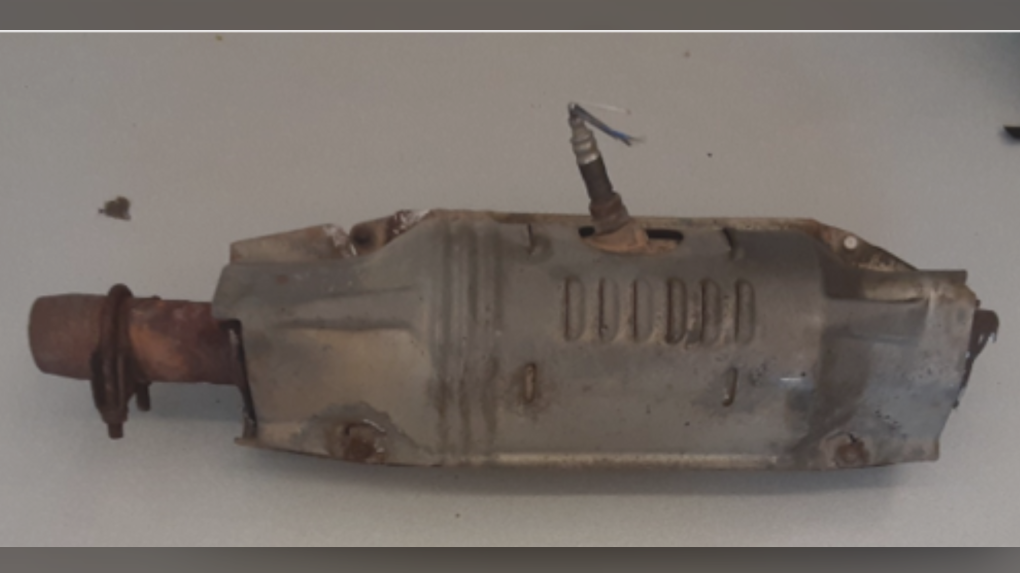 A catalytic converter after it was removed from a vehicle. (Image source: Winnipeg Police Service)

WINNIPEG -- Winnipeg police are warning the public about an increase in catalytic converter thefts from vehicles after arresting five people in the past week.

Police said in January, they received 77 reports, both online and in-person, about the theft of catalytic converters from cars, and recently made two arrests of alleged thefts in progress.

One arrest occurred at 4 a.m. on Jan. 31. Officers responded to the 100 block of Donan Street for reports that people were allegedly stealing a converter from a park vehicle.

Two men aged 23 and 28, and a 20-year-old woman were charged with theft-related offences. All three, who are from Winnipeg, were released on undertakings.

The second arrest occurred on Feb. 2 in the 700 block of Regent Avenue. Police said they received a call about two men who were allegedly stealing the converters from vehicles in a parking lot. Police said several vehicles were targeted in the lot.

One man was found hiding between vehicles with break-in tools and was arrested. The second man was arrested later in the day following investigation by the property crime unit. Both were charged with theft-related offences and released on undertakings.

None of the charges in both investigations have been tested in court.

Police said the total damage from the two investigations is approximately $385,000.

Catalytic converters are used to reduce toxic gases and pollutants from an internal combustion engine. If they’re removed from a vehicle, it will make a loud roaring sound, similar to that of a faulty muffler, police said.

Winnipeg police said in order to prevent theft, people should park their vehicles in a garage, if possible, or park in a well-lit public parking lot or parkade.