Cause of Crystal City fire deemed accidental, damage in the millions 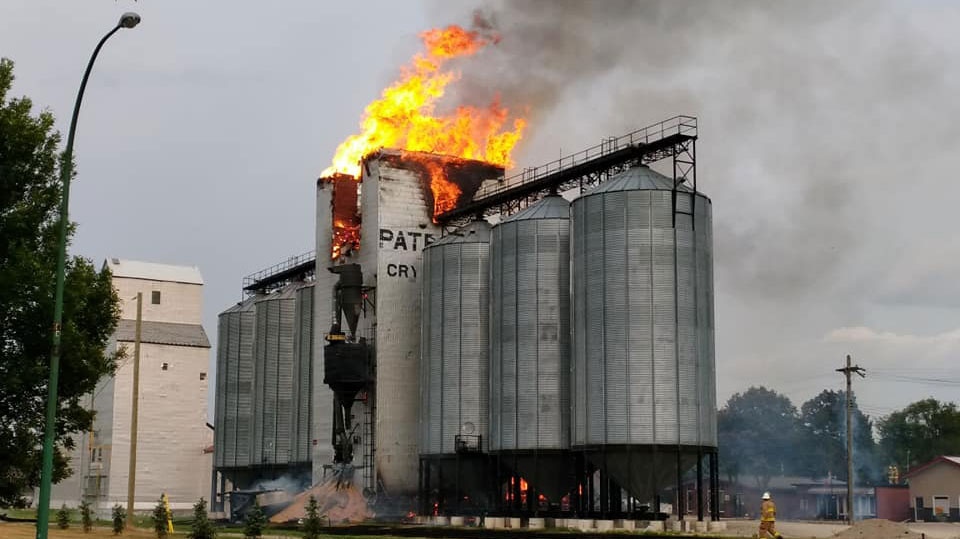 The fire broke out Monday, Aug. 20 in Crystal City, Man., about 200 kilometres southwest of Winnipeg and just north of the U.S. border. (Source: Travis Bird)

The cause of a massive fire in southern Manitoba has been deemed accidental, according to the province.

The fire broke out Monday, Aug. 20 in Crystal City, Man., about 200 kilometres southwest of Winnipeg and just north of the U.S. border.

Brodie Richardson was working in the grain elevator when the fire started. He suffered second degree burns to his upper body, and was airlifted by STARS Air Ambulance to Health Sciences Centre in Winnipeg. In August, Richardson’s family told CTV News he was expected to be recovering in hospital for a few weeks.

The fire tore through the grain elevator and a hardware store reducing them to rubble within hours.

On Monday, the province said the fire was determined to be accidental. It said grain dust is highly combustible, and a spark occurred within the elevator which ignited the grain dust causing an explosion.

Damage is estimated at $2.5 million.