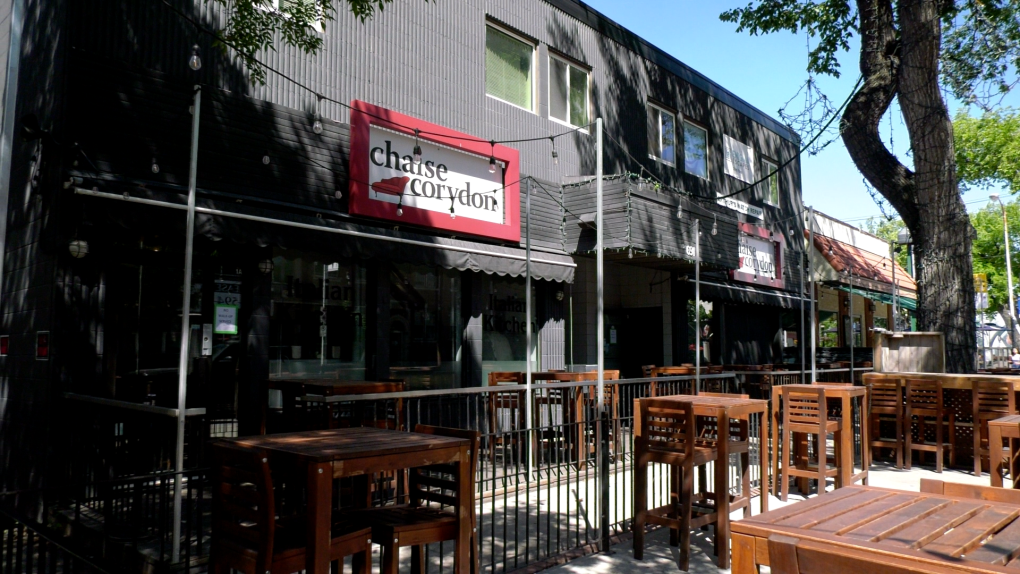 WINNIPEG -- A Winnipeg lounge is in hot water again over alleged violations of COVID-19 guidelines.

Chaise Corydon has been ticketed in the past – but over the weekend it received a health hazard order.

“It’s an order because a health officer thought that there was an emergent need that required special circumstances,” said Shea Ritchie – owner of Chaise Corydon.

The health hazard order said Chaise Corydon had to close to the public unless they implement measures to ensure patrons attending are sitting at tables, that all food and beverage be served by staff, and that patrons are reasonably able to maintain a distance of two meters.

Ritchie said although those conditions are posted online, the rules he was given by the province didn’t mention that walk-up service wasn’t allowed.

“The rules that the health department sent to us does not reference any other rules, and does not even link or point to the rules online in any way shape or form,” said Ritchie.

Down the street from Chaise Corydon – Rhea Collison – general manager of Bar Italia said they’ve had at least fifteen visits from both Manitoba Health and Liquor inspectors.

She said they haven’t received any kind of fine or warning.

“Every time (the phases) were enacted I was definitely emailing and calling my inspectors,” said Collison.

“I had to get clarification a couple times but it was pretty straight forward, people need to be seated.”

Dr. Brent Roussin, Manitoba’s chief public health officer, said it’s up to every individual and every business to protect the health of the province.

“If they continue to put the health of Manitoban’s at risk, then we’ll do whatever steps are necessary.”

Dr. Roussin said we’re in the middle of a pandemic, and with our numbers going up, it’s necessary to enforce these measures.

He believes he’s being singled out.

“(Chaise Corydon) is the only place in the city where there’s a health hazard for standing,” said Ritchie.

The province said the requirement for restaurants to have people seated has been in place since phase three of re-opening.