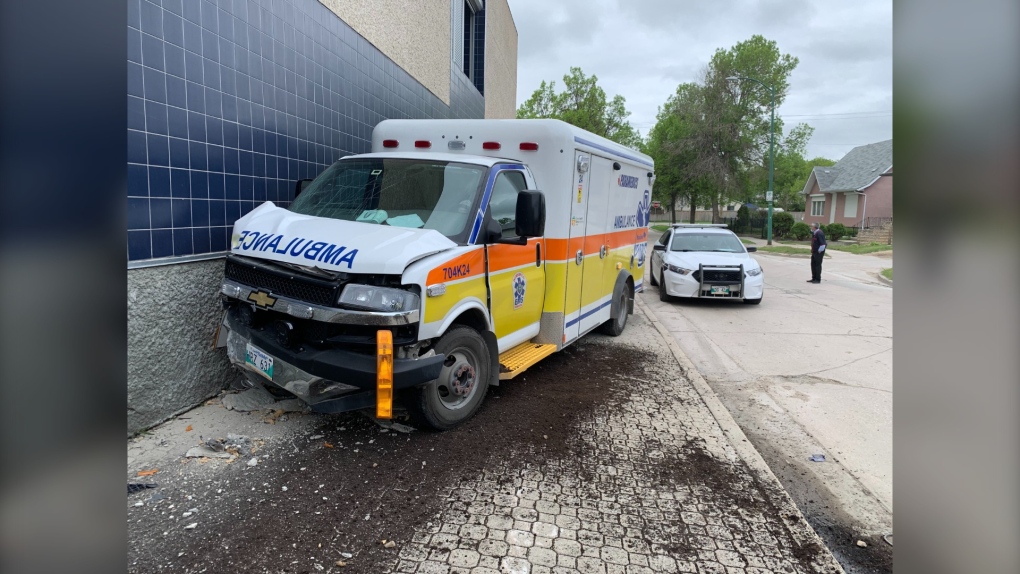 One person was taken into custody after an ambulance was stolen Friday morning. The ambulance crashed into the Portuguese Cultural Centre (CTV News Photo Jamie Dowsett)

WINNIPEG -- A Winnipeg man is facing a number of charges after an ambulance was allegedly stolen and subsequently crashed in Winnipeg on Friday.

The ambulance was taken from the Sherbrook Street and William Avenue area around 8:30 a.m.

According to Winnipeg Fire Chief John Lane, the incident began after an ambulance paramedic crew pulled over to assist a man who needed help. Lane said the situation escalated within 70 seconds, when the suspect began to threaten to harm the paramedics.

A video from the scene shows a nude man running past paramedics, accessing the front cab of the ambulance, and driving away.

The ambulance crashed into the Portuguese Cultural Centre a short time later.

Marlon Elijah Wincup has been charged with multiple offences, including driving while impaired and theft over $5,000. He is currently in custody.