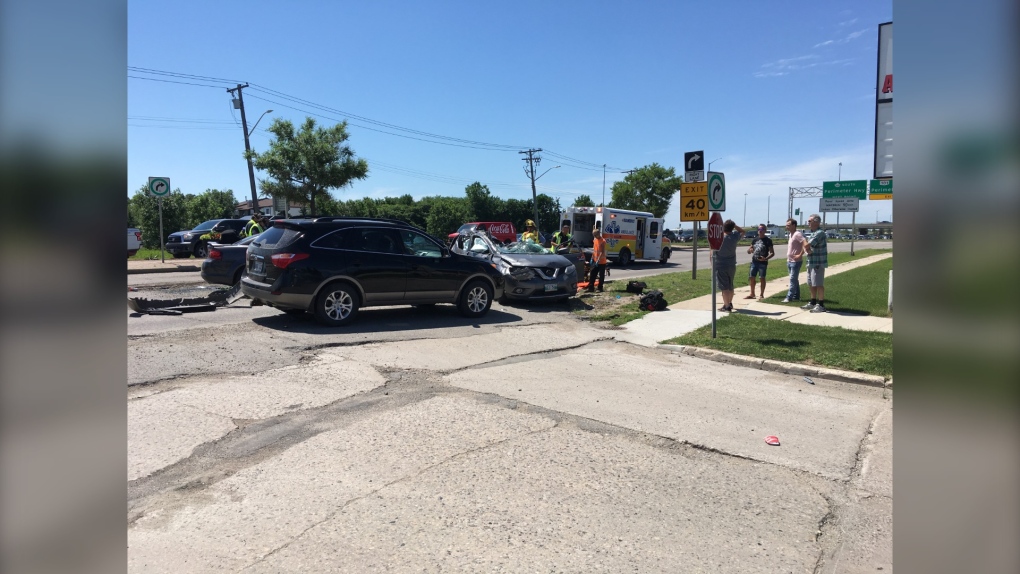 Police responded to the crash on St. Charles Street and Portage Avenue, near the west Perimeter Highway, at 1:05 p.m.

Police said a sedan travelling east on Portage Avenue from Headingley was driving against traffic and speeding excessively. Near St. Charles Street, the sedan collided with another vehicle heading east, which rolled into the westbound lanes and hit two other vehicles.

Constable Jay Murray, with the Winnipeg Police Service, said on Saturday, the road was closed well into Friday evening.

"It's a very difficult position for a collision to happen," he said. "I understand it was even challenging for emergency vehicles to get to the scene. There's not a lot of ingress points along that road. A number of officers had to use the Perimeter to get access to the scene."

Seven people were taken to hospital, including one person with serious injuries. According to a release sent Saturday morning, police believe that all injured have since been treated and released.

Murray said the sedan did not have licence plates on it, but there is no indication the vehicle was stolen. Murray said there were three people in the sedan who fled the scene, but they were apprehended a short distance from the crash, with help from the public.

Whiteway has also been charged under the Highway Traffic Act for driving without a licence/driving with an invalid licence, as well as failure to exchange particulars.

None of the charges have been proven in court. Whiteway was detained in custody.

Murray said the incident serves as a reminder of the dangers of impaired driving, calling it "an incredibly careless act."

"A lot of people focus on impaired driving in the middle of winter, or around the holidays, but the reality is that impaired driving affects the city at any time in the year," he said. "This is just an example."

"This vehicle is estimated to be driving at around 150 kilometres per hour. I've spoken with a number of officers in our traffic division that are thankful no one else was seriously injured, given the speeds of this vehicle. At a few points, it was driving against traffic, and it was a violent collision."

Police continue to investigate and are asking anyone who may have witnessed the crash to call 204-986-7085.