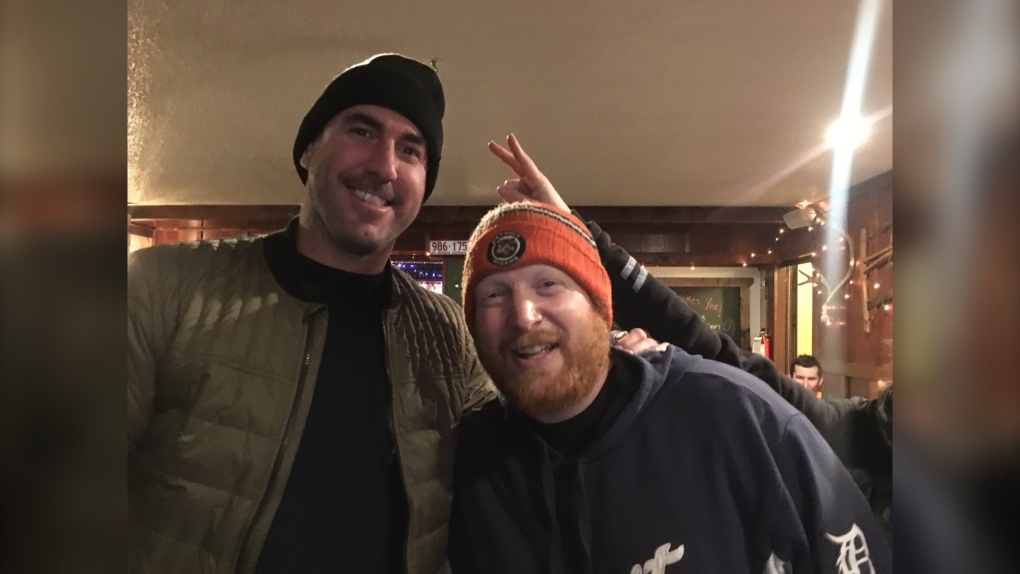 When Joe Stover walked into the Tundra Inn and Pub on Saturday night to find Verlander and his wife -- he said it was surreal.

“I don’t get star struck often, but I was star struck for sure,” said Stover, a big fan of the MLB pitcher and his former team, the Detroit Tigers. “It was just really really cool to have somebody in my hometown that I had watched on TV for 12 years. I had gone down to Detroit to watch him play.”

Stover said he got to chat with Verlander throughout the evening, telling him about the town of Churchill, and sharing stories of the last time he watched the pitcher play. Verlander, in turn told Stover about the polar bears he and his wife had seen so far in town.

“(He) was very friendly, very down to earth,” Stover said. “It was pretty surreal.”

Stover has a little memento to remember his brush with fame -- a picture of the two of them in the little pub. Stover shared the picture to Twitter.

So what brought the celebrities to Churchill? Verlander accompanied Upton for the opening of the Polar Bear International House, an interpretive centre on Main Street. Upton is an ambassador and spokesperson for the conservation group.

Stover said this is not the first time he has seen celebrities, artists, and musicians come through his town to check out the polar bears and go dog-sledding, but he said he’s glad Verlander and Upton decided to make a stop in the pub.

“I always would hope that people like that would just come and check out the town -- check out the places that us town-folk go to and see what we do for fun -- they would get quite an experience,” Stover said.

-With a file from CTV’s Megan Benedictson

Got to meet @JustinVerlander last night here in Churchill. Super nice dude, and he and @KateUpton got in on the Tundra Trivia action too.

They’ve had plenty of polar bears to check out, as it’s been a busy year up here for both bears and tourists. Good to be a part of! pic.twitter.com/RNoqMQVWTv