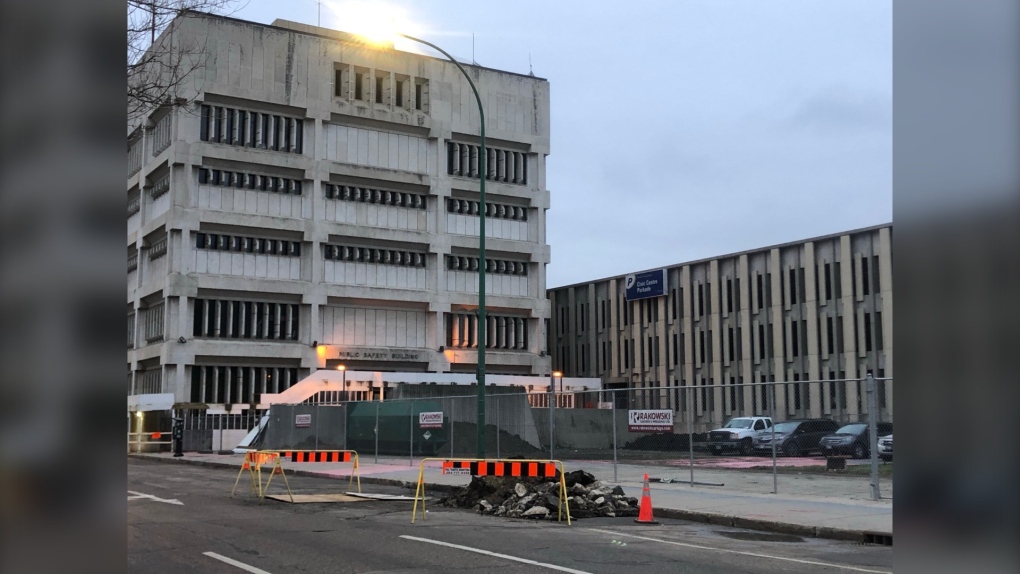 WINNIPEG -- The City of Winnipeg has begun to tear down the old Public Safety Building, starting with the parkade.

City council made the decision to demolish the building and Civic Centre Car Park in April 2016.

In July, council approved a new mixed-used development called Market Lands to go up at the building’s site in the Exchange District. It includes a space for a creative hub, a private sector area with offices, shops and affordable housing.

The city gave an update on the demolition earlier in November, saying the area has been secured with fencing; it’s in the process of removing hazardous materials in the building and; pre-existing and undocumented asbestos was found.

A live stream of the demolition can be found online.

- With files from CTV’s Beth Macdonell.