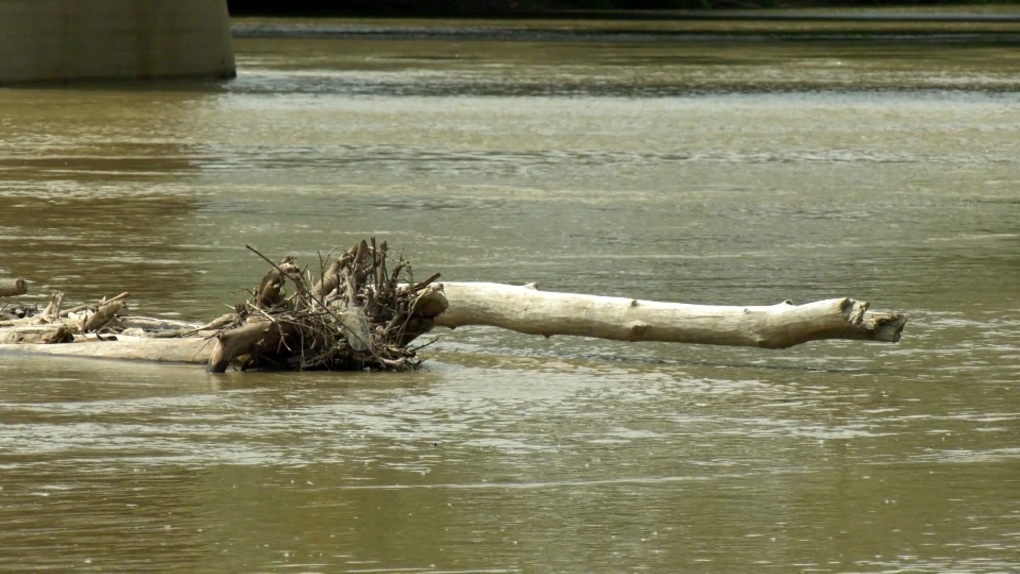 Debris is seen floating on the Assiniboine River at The Forks. (Source: CTV News Winnipeg)

WINNIPEG -- High waters and debris in the rivers have prompted the Winnipeg police to close city boat launches.

On Thursday, Winnipeg police took to Twitter to announce all city boat launches have been closed to unforeseen objects below the water at launches.

"They’ll remain closed until water levels reach normal levels," the tweet reads. "There are many hazards floating in the channel that could pose a danger to boaters."

All City boat launches are closed due to the high water & unforeseen objects below the water at the launches. They'll remain closed until water levels reach normal levels. There are many hazards floating in the channel that could pose a danger to boaters.

The City of Winnipeg told CTV News the boat launches were closed on Tuesday, and will remain closed until water levels recede.

While each year brings different conditions on the water, Dr. Christopher Love, the Water Smart Coordinator for the Lifesaving Society of Manitoba, said this year's flooding is posing a risk to boaters.

"All of this rain, all of this flooding, all of this high water has washed a lot of debris into waterways across the province," Love said, adding this could include leaves or vines, broken tree branches, or whole trees in some cases.

He said hitting this kind of debris could damage the boat and could potentially lead to a crash.

"Depending on the exact circumstances, a lot of potentially very dangerous or very tragic things could happen."

Love said, given the conditions on the rivers, boaters should question if they really need to be out on the water during this time of the year.

"If you only ever boat on the Red River, I would recommend (you) potentially think twice about doing that because of all the debris that has been washed in by the storm," he said, adding boaters in other areas of the province should check local conditions before heading out on the water.

"If you are going out boating right now, you need to reduce your speed because you may not see the hazards that are out there if you are going at extreme speeds."

He said if Manitobans are out boating they should take precautions:

More information about boat launches in Winnipeg can be found online.