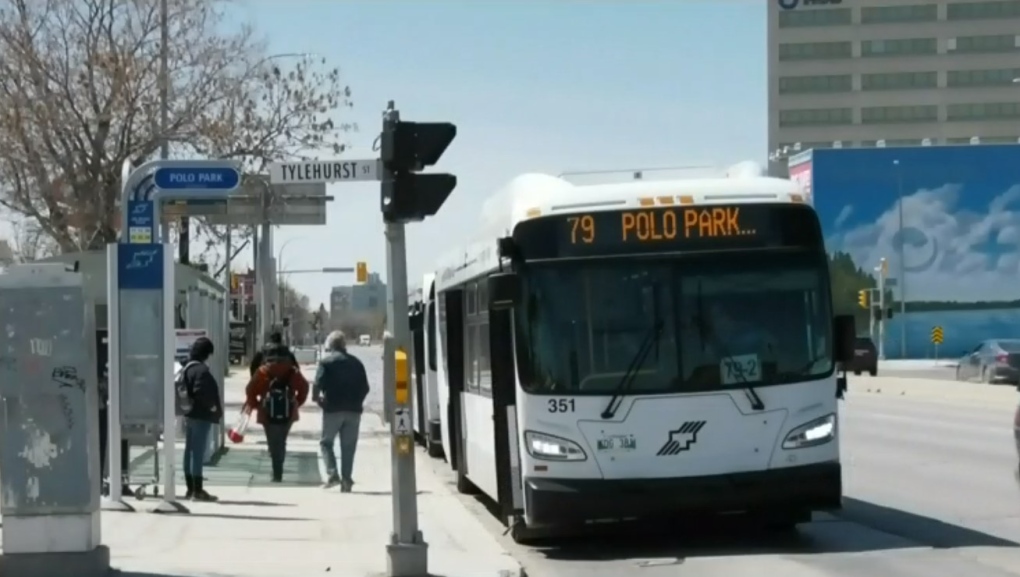 WINNIPEG -- A Winnipeg city councillor is concerned about the Winnipeg’s transit system after the COVID-19 pandemic ends.

Coun. Matt Allard (St. Boniface) told CTV News if the ridership is still down after the pandemic clears, it will really impact the transit system.

“If you look at the transit budget, a big chunk comes from transit fares," said Allard, who added transit fares are only at 30 per cent.

Allard said the recommendation from transit is to avoid taking the bus if possible.

But, for many in the city that rely on using public transit to get to work, the store, or visiting family, that may not be possible.

Allard told CTV News a bus might only have 20 to 30 people riding it.

In a press release to CTV News, the Amalgamated Transit Union Local 1505 (ATU 1505) said as Manitoba opens up for phase two, they are asking the mayor and city council to provide increased Transit Service.

“The Union would like to challenge our political leaders to take public transit during the Commuter Challenge as we move along on our long road to economic recovery," ATU 1505 said. "Our roadmap to opening Manitoba must ensure the safety of Transit riders who are dependent on our public transit system every day."

A spokesperson for ATU 1505 told CTV News there is little being done on the buses in terms of health measures.

“Unfortunately, the short answer is - there is nothing being done by Winnipeg Transit to ensure the safety of our riders," they said.

Allard said they are asking people to try to ride the bus at less busy times.