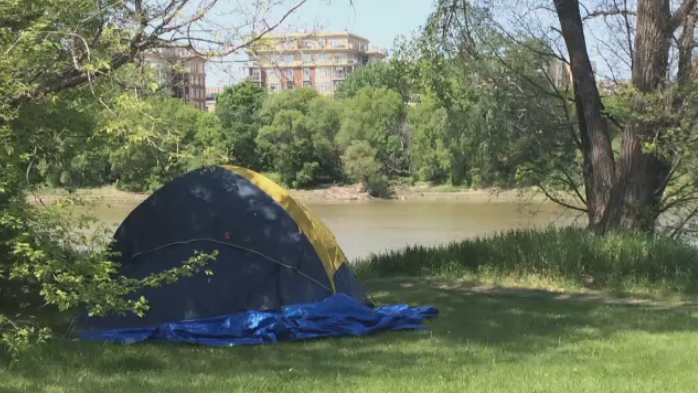 CTV file image of a camp set up on a river bank.

The City of Winnipeg will not be hiring a contractor to remove tent cities following opposition from community advocates.

In May, the city put out a request for proposals for a contractor to conduct biohazardous waste management, which included collecting and disposing of shopping carts, mattresses, and blankets found on temporary homeless shelters in public spaces. On Tuesday, Mayor Brian Bowman said it won’t be awarded.

This decision comes after a meeting where community advocates voiced their concerns to Winnipeg police and the public service. The advocates said dismantling these camps will do more harm than good, and the city should focus on finding solutions for those living on the streets.

Bowman said the discussion at the meeting focused on enforcing rules in a compassionate way.

“The discussion we had around the table with everyone that was there, public service and community activists, was we have a bylaw we want to make sure that it’s being enforced in a compassionate way, can that be accomplished with the current tools we have within the public service,” he said.

The city said the request for proposals came about because of increased calls to 311 regarding needles and sharps.

- With files from CTV's Jon Hendricks.