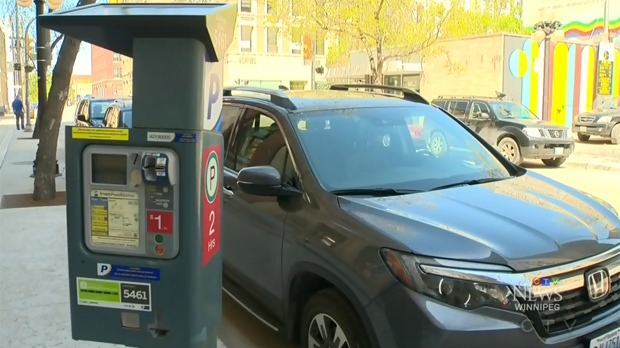 WINNIPEG -- The City of Winnipeg will have to deal with a predicted $4.1 million shortfall in parking revenue after Winnipeggers stayed home during the COVID-19 pandemic.

According to the city, the average 2020 budgeted monthly revenue from on-street parking is $665,000. Therefore, the average budgeted income for both April and May would be $1.33 million.

A city spokesperson said COVID-19 will impact the Winnipeg Parking Authority’s bottom line, and dividend implications will be considered as part of the 2021 Budget update.

The predicted shortfall comes shortly after a report recommending the City of Winnipeg decrease hourly rates by 75 cents for on-street parking.

The Winnipeg public service report suggests these new rates be implemented within two months of approval.

The report will be discussed at the standing policy committee on infrastructure renewal and public works meeting on June 9.