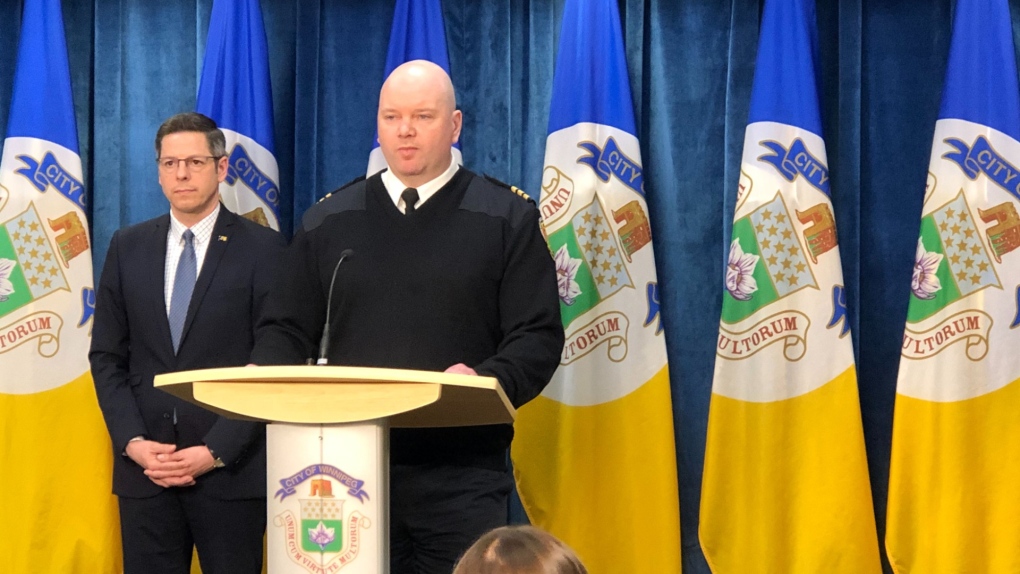 WINNIPEG -- As Manitoba is dealing with its first presumptive case of COVID-19, the City of Winnipeg said it has been planning for this, though it was not able to provide many details at what this planning includes at this point.

On Thursday morning, Winnipeg's manager of the Emergency Operations Centre, Jason Shaw, said the risk remains low and the city is monitoring the situation.

"We are making sure that we are taking some steps based on the information the province released today, to start changing some of our procedures," Shaw said, adding they will be making further announcements in the coming days.

"When the province talks about social distancing, we are going to take the lead from the Province of Manitoba, and start taking a look at what some of those potential actions are."

Shaw did not specify what exactly the city is planning, saying the situation is changing quickly. Shaw said while the city may look at additional cleaning and precautions to city property, including transit buses, he said the city will be following the province's lead.

"We need all Winnipeggers to do their part," said Mayor Brian Bowman. "Right now the message for Winnipeggers is: take the steps and the advice that we are hearing from Manitoba Health."

Bowman encouraged Winnipeggers to follow the guidelines set out by the province, which are wash your hands regularly, practice proper etiquette when coughing or sneezing, and stay home if you are feeling sick.

On Thursday afternoon at city hall, a poster was seen on the front doors, requesting people experiencing flu-like symptoms to not enter the building.

Shaw said the goal for Winnipeg is to slow the curve when it comes to the spread of COVID-19.

"Slowing the curve basically means that we want to avoid massive spikes where we would have a high number of individuals requiring care or treatment or self-isolation," Shaw said.