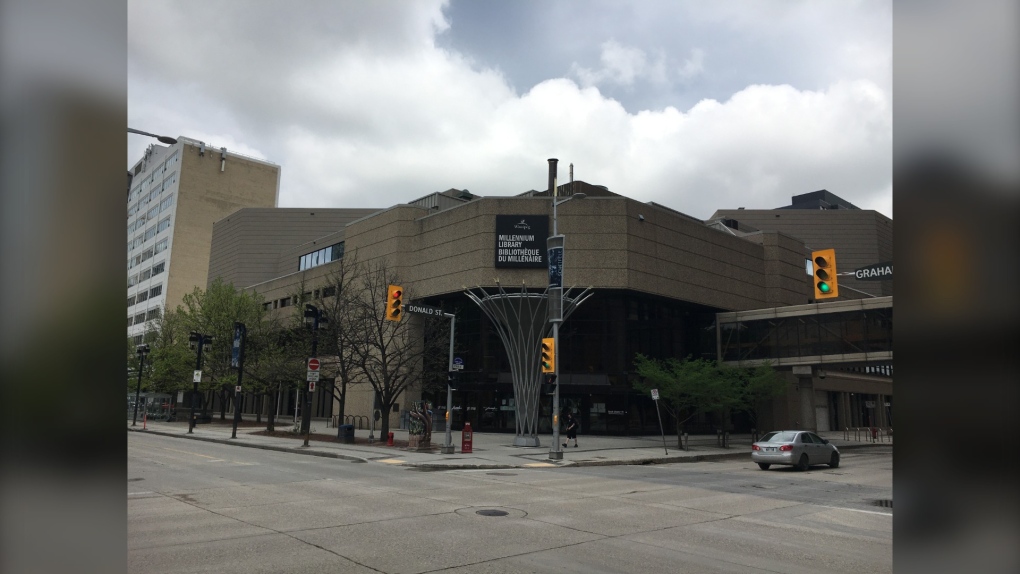 The Millennium Library is pictured on May 26, 2020 (CTV News Photo Charles Lefebvre)

WINNIPEG -- The city announced on Tuesday the first phase of reopening libraries in Winnipeg.

Starting on June 8, three libraries will be opened for people to pick up items they have placed a hold on.

Henderson and Pembina Trail will be open Monday to Wednesday and Friday from 10 a.m. to 3 p.m., and on Thursdays from 2 p.m. to 7 p.m.

"The process of bringing back returns is actually a lot more complicated than it first appears. We wanted to take a slow and phased-in approach to protect our staff and the residents of Winnipeg," said Jay Shaw, assistant chief of Winnipeg's emergency operations centre.

The city said the three libraries were chosen because they are the busiest, most accessible branches.

"The amount of minute detail that we are going to need to go into to be allowing people to come into our facilities with the high touch areas and making sure we're enhancing cleaning and taking care of our citizens and our staff, is going to be extensive," Shaw said.

If people want to place a hold on items, they can do so using the library's online catalogue or mobile app.

Only one person per family will be allowed to pick-up items placed on hold, but visitors can pick up family member's holds if they bring their library card.

When it comes to possible library fines, Shaw said they want to take care of Winnipeggers who are holding onto books.

"We want to make sure that they are forgiven for the fines up to a certain date level, because they are taking care of the books for us right now and we want those books back," he said.

The city said Phase Two of reopening libraries could happen in July, and would include expanded services like checkout, returns, and additional branches.

More information can be found on the city's website.