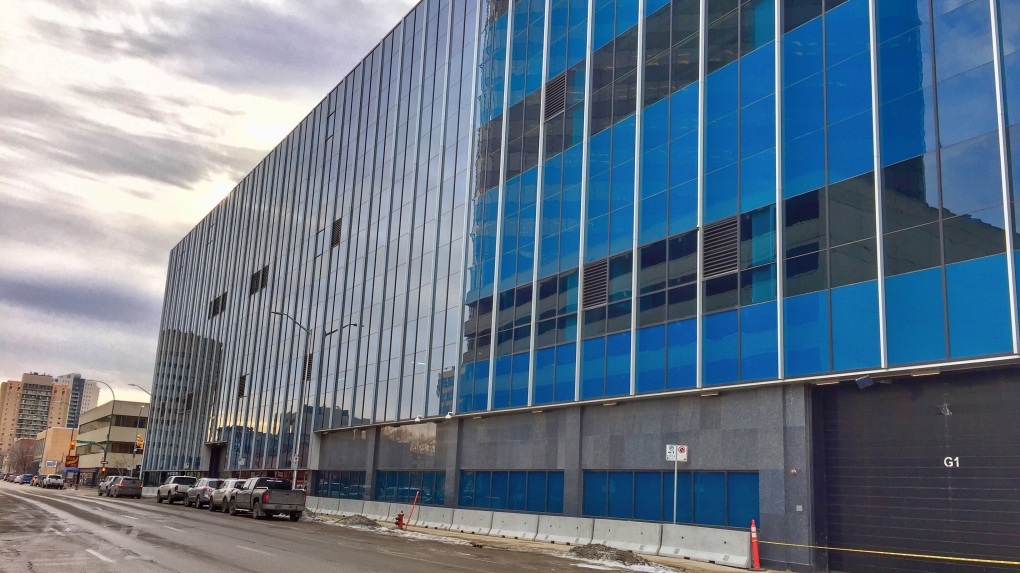 The Winnipeg Police Service headquarters building.A lawyer for Caspian Construction is asking a judge to strike portions of a City of Winnipeg lawsuit against the company and several other defendants, arguing the allegations of fraud and conspiracy are too vague. (Jon Hendricks/CTV News).

WINNIPEG -- The City of Winnipeg is making its case in court for the RCMP to turn over documents seized as part of the criminal investigation into the downtown police headquarters project.

The city is seeking the documents as part of a lawsuit against more than two dozen defendants over alleged fraud and conspiracy.

Lawyer Michael Finlayson argued the city needs the documents to support its claims against the defendants.

The lawsuit alleges the city was defrauded through the orchestration and implementation of a kickback scheme.

In December 2014, the RCMP seized four filing cabinets and 46 banker’s boxes of physical documents. Approximately six terabytes of digital data, including 350,000 emails, were also obtained by the RCMP as part of the investigation.

“The RCMP is a third party,” Finlayson told court Monday morning. “They have possession of relevant documents that are important to this case.”

In a motion to strike the lawsuit made by Caspian’s lawyers last week, they argued the city has failed to provide specifics about the allegations.

Finlayson argued that’s why the city needs the documents.

None of the allegations in the lawsuit have been tested in court. Prosecutors announced in December no criminal charges would be laid.

In a motion brief filed in court, the Attorney General of Canada on behalf of the RCMP opposes the application.

Lawyers for the Attorney General argued the evidence the city is seeking will be available through the civil discovery process and that the RCMP shouldn’t be the first avenue for document production.

In a motion brief, they say Caspian has copies of the seized documents and that they’ll be reviewed, disclosed, and produced in the normal course of discovery. Documents they noted yielded no criminal charges following a five-year comprehensive review by prosecutors.

“The city effectively asks the court to endorse this misadventure by ordering documents seized turned over to the city for renewed persecution: that would be an injustice,” lawyers for the company stated in court documents.

Finlayson argued if the city relies on Caspian to produce the documents it would take too long and the case could drag on for years.

In a sworn affidavit filed in court, an RCMP constable with the financial investigations unit said the RCMP has the ability to produce digital copies of the records but the constable warned production could be complicated due to irrelevant material and material containing solicitor-client communications.

A court hearing over the city’s application continues.