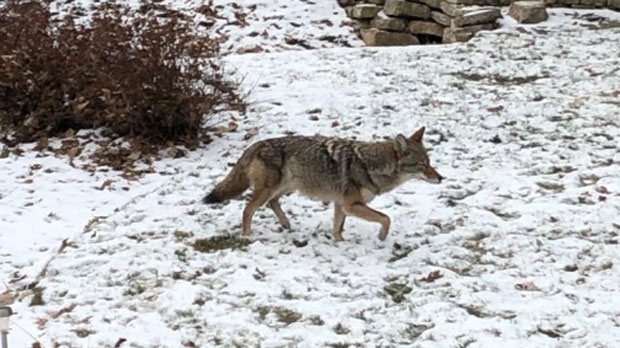 WINNIPEG -- Urban development is pushing more coyotes into Winnipeg, prompting the city to host a workshop for residents to learn how to live with the canine wildlife.

Winnipeg Animal Services is partnering with Manitoba sustainable Development for free ‘Co-existing with coyotes’ workshops. The workshops will be held from 6:30 p.m. to 8:00 p.m. on Oct. 28 at the Red River Community Centre, and Nov. 4 at the Transcona Library. The city said there is no sign up required.

“There is a lot of urban sprawl, where communities are expanding out into green spaces. We see new developments being built, and the more and more our city builds out into these green spaces, the more conflict with wildlife there is going to be,” said Leland Gordon, COO for Animal Services.

Gordon said the city is trying to be proactive with the growing coyote population.

Gordon said coyote attacks are very rare in the city, he said Winnipeggers are more likely to be bit by a dog than a coyote. But, Gordon said pet owners should still keep their animals indoors in the evenings, and always keep them on a leash.

“If people want to learn more about co-existing with coyotes, whether or not you’ve had an issue with them or not, we encourage people to come out to those sessions,” Gordon said.