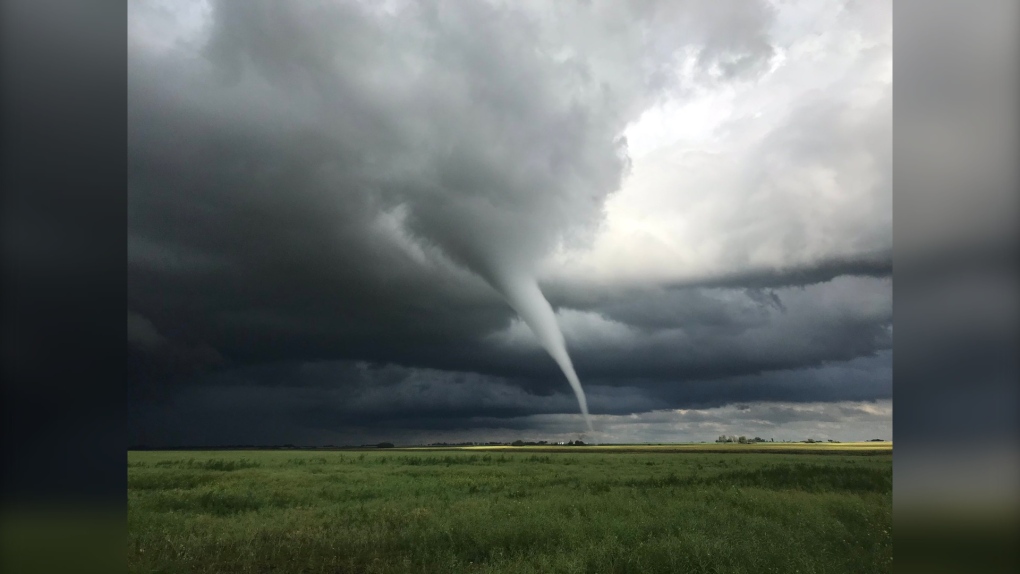 WINNIPEG -- Environment Canada has released additional information on the tornado that touched down Thursday evening in western Manitoba.

The agency has given the tornado a preliminary rating of EF-0 on the enhanced Fujita Scale, the lowest rating on the scale.

The tornado touched down at 5:42 p.m. roughly five kilometres west of Alexander, and Environment Canada said no damage has been reported due to this tornado at this time.

Environment Canada estimates the wind speeds of the tornado between 90 and 130 kilometres per hour.

Environment Canada said they received severe wind gusts causing damage in Brandon, along with reports of quarter-sized hail and heavy rain from thunderstorms throughout southwestern Manitoba. Several trees could be seen with damage, and branches could be seen on the ground throughout Brandon.

The City of Brandon still has significant cleanup to do after last night's storm and nearby tornado. Environment Canada says winds reached 90km/h. pic.twitter.com/nc5Z38OHYP

Anyone with photos or reports of damage from the tornado near Alexander is asked to call 1-800-239-0484, or email mbstorm@canada.ca.