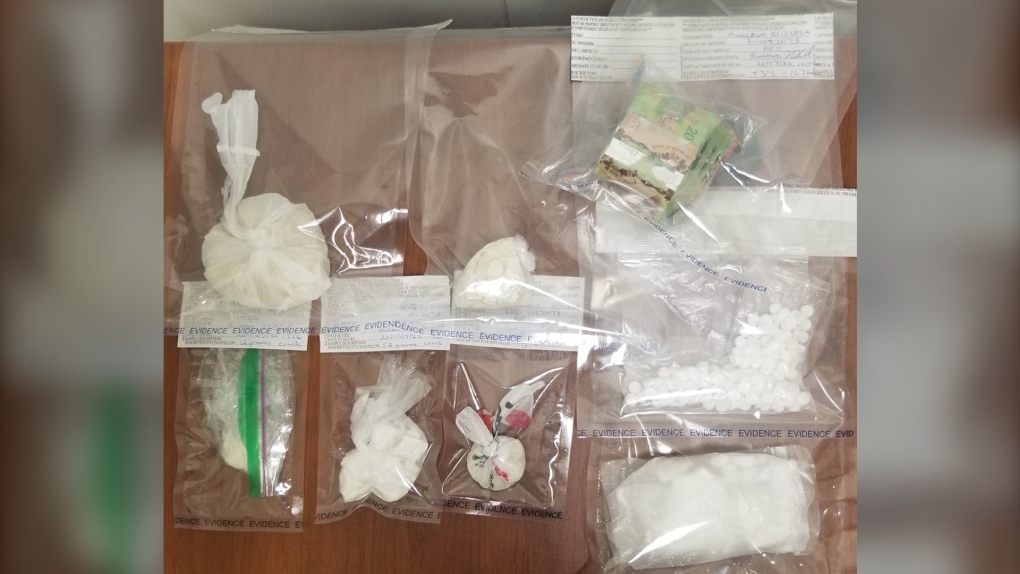 The drugs and money that RCMP officers seized at the Winnipeg airport on Sunday July 25 and Monday July 26, 2021. (Source: Manitoba RCMP)
WINNIPEG -

RCMP has arrested and charged a 36-year-old man after seizing cocaine and T3s at Winnipeg's airport on Sunday.

RCMP said at around 1:30 p.m., officers at the Winnipeg Richardson International Airport were told that drugs had been discovered during a security check.

Investigators said they were set to be shipped to Bunibonibee Cree Nation.

RCMP said a man went to a business near the airport to send a package up north. Security at the business examined the package and cocaine was found inside.

The following day, the man returned with another package, and RCMP arrested him.

Investigators seized 167 T3s, which were supposed to be shipped to Kinosao Sipi, along with Canadian currency.

RCMP have charged Joseph Muskego from Kinosao Sipi with two counts of trafficking cocaine, possessing property obtained by crime over $5,000, and failing to comply with a probation order.

Police added that Muskego was on parole when he was arrested and he remains in custody.

Taliban hang body in public; signal return to past tactics

The Taliban hanged a dead body from a crane parked in a city square in Afghanistan on Saturday in a gruesome display that signaled the hard-line group's return to some of its brutal tactics of the past.