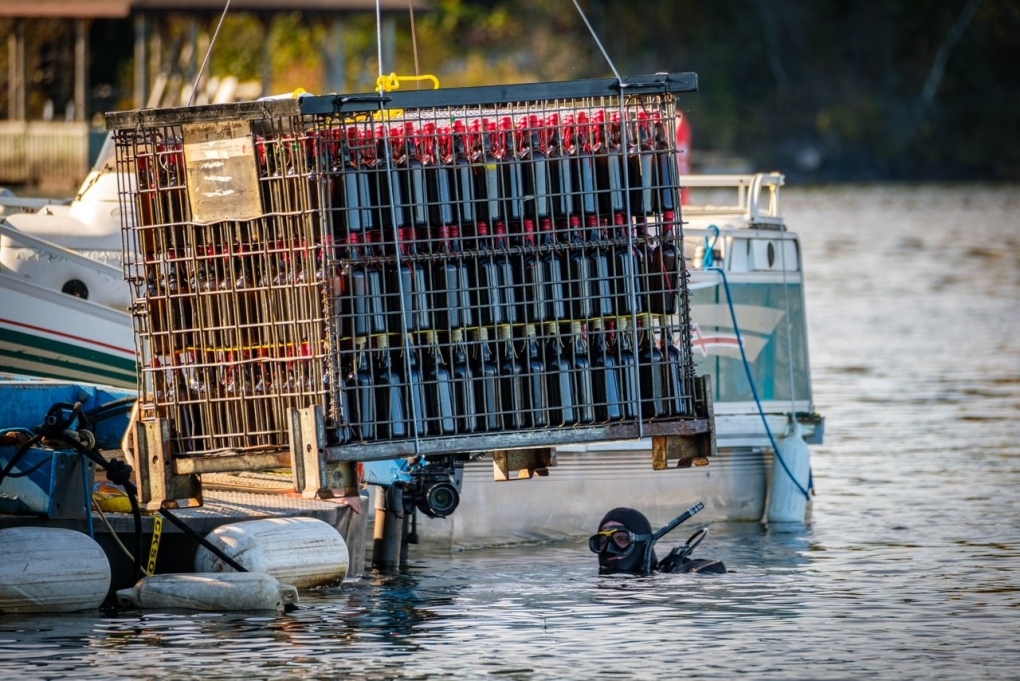 A new beer may make traditional brewmasters shiver in their boots when they discover its new experimental aging process.

The unique brew will be hitting the market this spring after spending six months at the mercy of currents 20 feet deep in Lake of the Woods near Kenora, Ontario.

It is the brainchild of Lake of the Woods Brewing Company and, if previous results hold, this new batch of 3,300 bottles could be a beer lover’s delight.

Inspired by a conversation about a South African brewery that submerged their beer to the bottom of the ocean, Rod Dokuchie, the director of marketing for Lake of the Woods Brewing, dropped a test batch of about 24 bottles off his dock to be retrieved months later when the winter ice had receded.

The initial test batch was a success so the brewery followed it up the following year with a 1,000 bottles of a Russian Imperial Stout. It sold out in less than three days.

The third batch of the “Deep 6” brews were submerged on October 18. This year it is a Belgian Tripel.

“Those are pretty big beers, 8 to 12 percent sort of ABVs (alcohol by volume) and the style of beer that really does age well,” Dokuchie said. “You can take a bottle like that and age it at cellar temperature for a year or two and it just gets smoother with age.”

Data on aged submerged beer and what it accomplishes is limited, according to Dokuchie, because not many people are doing it.

“Last year, it came out spectacular. It smoothed the beer out and made it a lot more drinkable,” said Dokuchie.

Despite not knowing the science behind the cold water beer, the results were easily tested. With last year’s stout, some bottles were kept out of the water for comparison testing.

“There was definitely a difference. Whether it’s the water, the motion of the current a little bit maybe, and then that variance in temperature,” Dokuchie said.

The bottles are 750 ml, about the size of a wine bottle. They are stored underwater in big metal crates, each holding about 400 beers. To ensure they’re not lost on the lake bottom, a buoy is tethered to each crate.

The crates are lowered into the water with the help of a barge and a diver. The reverse is done to retrieve the beers in the spring.

Dokuchie said that will happen sometime before May 15 next spring. After being removed from the lake, the beers will get some special packaging at the brewery before going on sale.

There are two versions of this “Deep 6” brew. Manitoba gets the 1,300 bottles that were brewed in Winnipeg while Ontario gets the remaining ones brewed in Kenora.

Pre-orders are currently being taken with the brewery saying about 1,000 bottles have already been sold.

As for future brews, Dokuchie said increased depths and beer varieties could be on the horizon.

“There are a lot of old steamship wrecks on Lake of the Woods, but they’re down 60 to 80 feet, but it would be pretty cool to rest one nearby or within one of the wrecks but we’re not there yet."