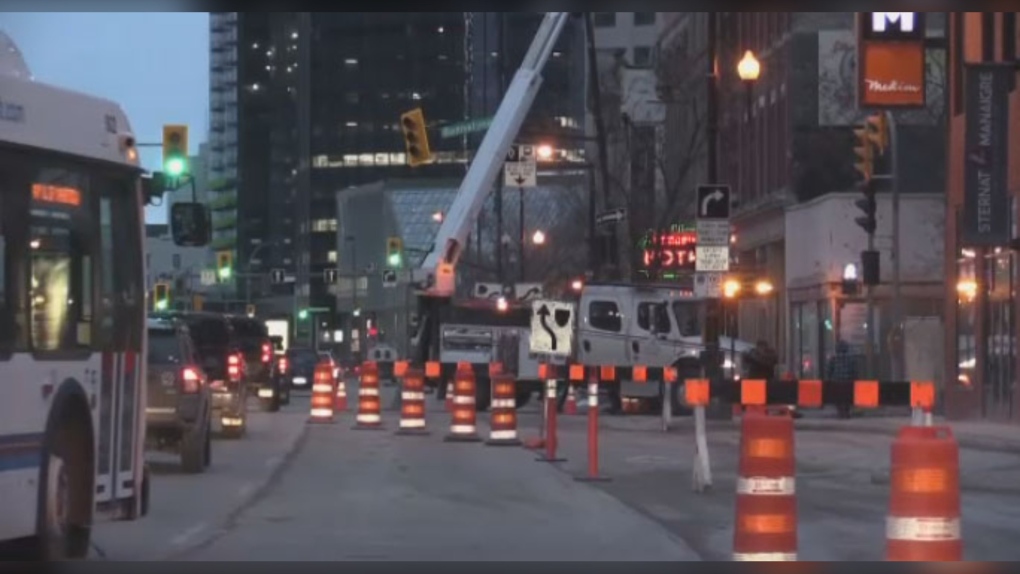 The collision, which involved a bus, took place on Tuesday morning.

WINNIPEG -- A Tuesday morning collision involving a Winnipeg Transit bus in Downtown Winnipeg is impacting traffic in the area.

Crews with the Winnipeg Fire Paramedic Service were called to the crash in the 400 block of Main Street just before 1:20 a.m. The bus was the only vehicle involved in the crash.

Crews from Manitoba Hydro and the city’s traffic services are still working in the area, and drivers are asked to find alternate routes for their morning commute.

Images from the scene show that the traffic lights work at the intersection, but one light standard has been knocked down and is being repaired.

Winnipeg police tweeted that the limited lanes of traffic on southbound Main Street between William and McDermot Avenues are now reopened.

Limited lanes of traffic on southbound Main St between William Av and McDermot Av have been reopened. Motorists are encouraged to select alternate routes for their morning commute. Crews from MB Hydro Crews and City of Winnipeg Traffic Services will remain working in the area.

Two people were taken to hospital in stable condition.

- With files from CTV’s Tim Salzen and Ken Gabel.