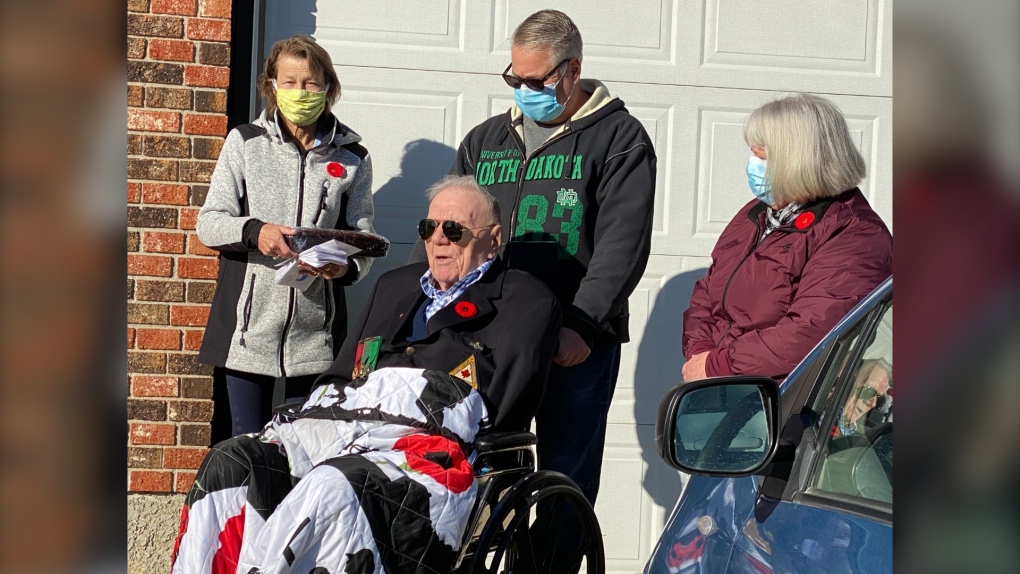 WINNIPEG -- COVID-19 has made this a Remembrance Day unlike any other, but that doesn't mean veterans like 99-year-old Bill Neil can't be honoured.

That's exactly what Luxton school teacher Robert Schulz and his family decided to do. They decorated the Second World War veterans home with poppies and wreaths and they brought in Smith, who is retired, to play the bagpipes for him. 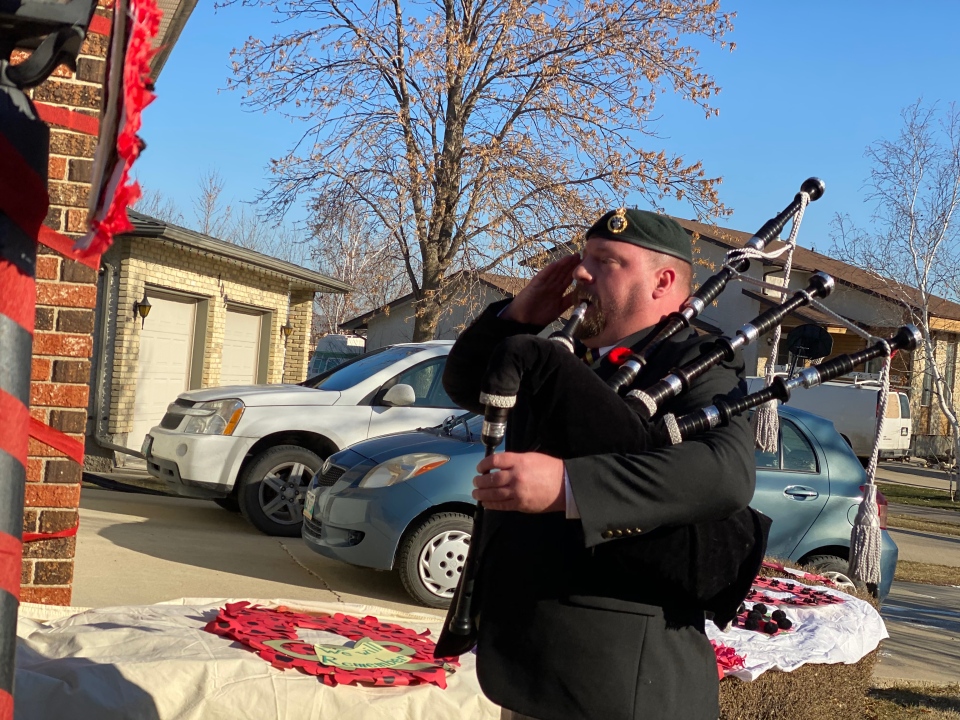 "It's our way of telling him we love him and appreciate his service to our country," said Schulz.

Service where he very nearly paid the ultimate price. Neil was a wireless operator in the 8th Reconnaissance Regiment, 2nd Canadian Infantry Division, where he saw some intense action in France.

"They used him up in the front of the armored car," said Neil's daughter Nancy Neil Devisser. "But unfortunately they were hit, and that was where he lost his arm."

After the war, Bill Neil became very involved in the War Amps, serving as national president of the organization and he was instrumental in the launch of their child amputee program.

"There's not many of them left, from the Second World War," said Devisser. "In fact, for the War Amps of Manitoba branch, there's only two members left. "Even our Korean vets are starting to fade," said Smith. "So just the opportunity to come out here today and honor Mr. Neil at 99 years old is absolutely phenomenal!"

Bill Neil's thoughts on this day are with his fellow soldiers too.

"We ask you, Lord, to remember all of us," said Neil. "To remember our brothers and sisters and relatives who did not return from the war."