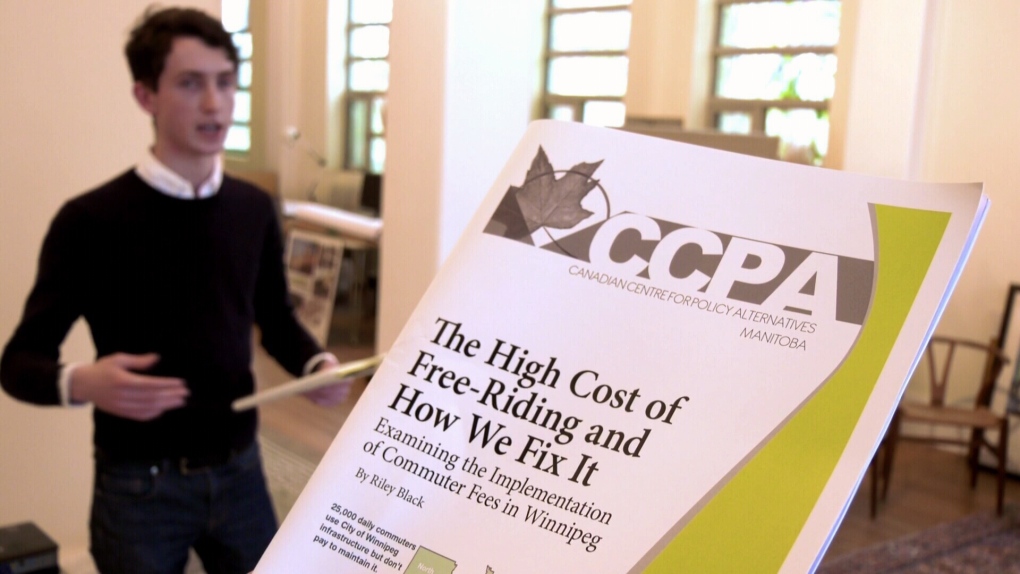 There’s roughly $40 million in revenue available to the city – if commuters pay their fair share, according to a local researcher. (CTV News Winnipeg)

WINNIPEG -- There’s roughly $40 million in revenue available to the city – if commuters pay their fair share, according to a local researcher.

The millions of dollars would come from “free-riding” commuters in the city, a new report from the Canadian Centre for Policy Alternatives Manitoba suggests. The report ‘The High Cost of Free-Riding and How We Fix It’ was released Friday morning, and shows property taxes in communities surrounding Winnipeg are much lower than within the city.

"What this results in, is it incentivizes people to live outside the city,” said Riley Black, the report’s author. “What they do is they continue to commute inside the city. And so what free-riding refers to is the fact that they are using city services without contributing to the property tax base, which pays for the services they use on a daily basis."

If these commuters were paying the same property tax as Winnipeggers, Black said, the city would generate up to $41.7 million in property taxes each year.

“The fact is, we have to start charging people for the cost that they impose on the city,” Black said.

Black said his report identifies the problem and it’s up to the city to make changes.

He recommended either installing toll cameras for commuters coming into the city, or partnering with the province to impose a payroll tax on free-riding commuters.

“Winnipeg is in a bit of a budget crunch. We can see it every day with the pot holes on the roads and the transit system needs to be much improved and more affordable for people,” said Molly McCracken, director of the Canadian Centre for Policy Alternative’s Manitoba chapter. “So we wanted to look at commuter fees as one option to solve multiple problems at once.”

Black said the city needs to create a comprehensive development plan to implement a commuter fee in a progressive way that does not penalize low-income commuters.