Concern and confusion over medical exemptions for in-class learning

WINNIPEG -- Some families are concerned and confused about health exemptions from in-school learning.

The Manitoba government has said division-level remote learning will be in place for students who are medically-advised not to attend classes.

But with the first day of school fast approaching, some families say they’ve been told that might not happen.

“It’s a big fear for me to catch anything,” said Debby Kuzminski, a mom of four living with an autoimmune disorder. “Whether it’s a bad cold or if it’s COVID.”

She has two children who are supposed to be heading back to school this September, one to kindergarten and another going into grade six, who also live with asthma.

That’s why Kuzminski is meeting next week with a doctor, to seek medical advice on whether it’s safe for her daughters to go back. 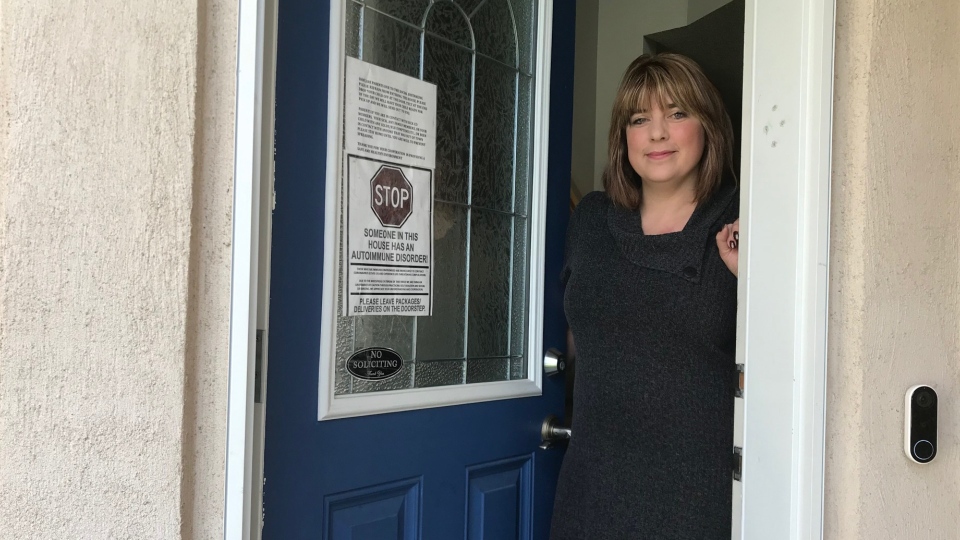 Debby Kuzminski (pictured) lives with an autoimmune disorder. She’s going to meet with a doctor next week regarding a medical exemptions from in-class learning from her two daughters. (Source: Josh Crabb/ CTV News Winnipeg)

Doctors Manitoba, a group representing more than 3,000 physicians in the province, said in a statement some pediatricians are reporting increases in the number of parents inquiring about medical exemptions for in-class learning.

The group said doctors will work with parents to assess the risks of returning to class, to both students and members of their household.

“Requests for exemptions from wearing masks or for at-home, remote learning instead of in-class lessons would be fully assessed by physicians, but according to direction from the College of Physicians and Surgeons of Manitoba, medical notes can only be provided based on valid medical concerns,” said Doctors Manitoba.

But some parents say in their experience, what qualifies as a valid medical concern seems inconsistent.

One mom told CTV News on Friday her child was given a doctor’s exemption for asthma, while a second mom said her five-year-old son was denied an exemption.

“Some people have very mild asthma where they don’t even necessarily require a steroid inhaler,” said Dr. Brent Roussin during Thursday’s COVID-19 briefing. “So, really this is why we say we’re not just sending out a list of conditions, it should be in a discussion with a health care provider.”

Two other parents told CTV News their doctor advised them not to send their child back because people in their household have underlying health conditions.

But both parents said their school division may not provide a remote learning option.

Kuzminski said she’s already discussed the issue with her daughters’ schools and it appears remote learning will be an option.

“They both said to me on the phone if it looks like that’s the case, then we don’t mind doing remote learning,” said Kuzminski.

“I don’t think they’ll have a problem writing a letter,” said Kuzminski. “At the end of the day they say if I were to get it – they can’t really predict, well nobody can predict – how it’s going to affect you because it affects people in different ways, but in my case it could actually be fatal.”

CTV News reached out to Manitoba Education for further clarification on medical exemptions for in-class instruction but has not yet heard back.