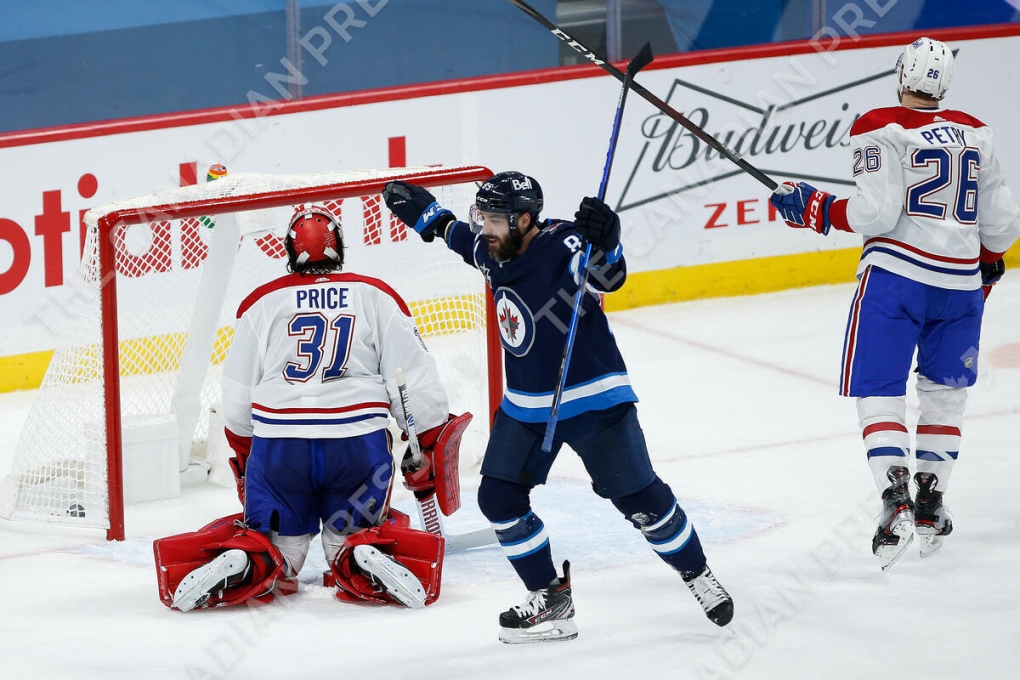 Nate Thompson scored the go-ahead goal in the third period, while Pierre-Luc Dubois and Mark Scheifele each had a goal and an assist. Blake Wheeler also scored and added two assists for the Jets (12-6-1), who've won three in a row.

Ducharme originally joined the Canadiens coaching staff in 2018 after 10 seasons in the Quebec Major Junior Hockey League. After lofty pre-season expectations and a hot start to the season, the Habs have struggled, plummeting to fourth in the North Division.

Price allowed five goals on 29 shots, while Winnipeg netminder Connor Hellebuyck only had to make 18 saves for the win.

Armia got Montreal on the scoreboard in the first period with his third goal of the season, firing a shot through the legs of Hellebuyck at 13:45.

Armia notched No. 4 at 17:29 with the Canadiens in transition again. After a gesture from Jonathan Drouin to head for the net, Armia redirected Drouin's pass past Hellebuyck.

Connor sliced the difference in half on the power play with his ninth goal of the season at 5:37 of a second period that saw three Jets goals, poking in the puck past Price in a scramble in front of the net.

The Habs answered with their own power-play goal from Tatar at 7:33 of the second, but Connor cut the lead to a goal once again, finishing a tic-tac-toe passing play at 11:50.

Mason Appleton slid the puck to Thompson, who scored through Price's legs for the go-ahead at 6:37 of the third. Dubois padded the Jets lead at 12:37, and Sheifele had an empty-netter at 18:22.

Montreal lost forward Josh Anderson to an injury in the first period. Anderson collided with Jets defenceman Dylan DeMelo. He finished his shift but then headed to the locker-room, and was ultimately ruled out.

The Habs and Jets meet again on Saturday.

This report by The Canadian Press was first published Feb. 25, 2021.