Couple spots bear eating food up in a tree 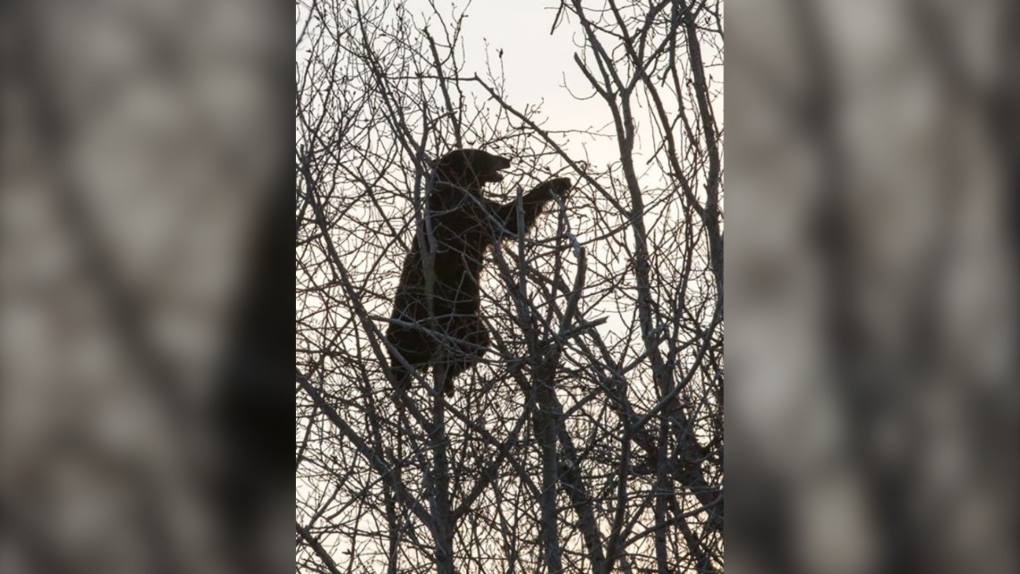 A bear can be seen eating in a tree. (Photo courtesy Patrick Oshust)

WINNIPEG -- A Manitoba couple caught a glimpse of a surprising sight while driving home from a cabin in Hillside Beach – a black bear way up in a tree.

“I thought it was a person in the tree at first,” said Patrick Oshust.

“Then as got closer I shouted ‘That’s a bear!’”

Oshust said he turned his car around, pulled over and began taking pictures of the animal, which was snacking on fresh buds.

“We watched him for a while and he was pulling different branches towards him,” said Trisha Lewis, Oshust’s wife, noting the bear eventually climbed down and sauntered away.

“He was very agile. He was a huge bear on a relatively spindly tree.”

The couple said they hadn’t seen anything like this since they were kids.

Lewis said her sister had a separate bear sighting a few nights before at her cabin in Hillside.

“She had actually told us a story that a couple of night before one had just walked through her yard and basically looked at her through the living room window,” she said.

“The number of reports received monthly tends to increase in August when black bears enter hyperphagia and people are still quite active in wilderness recreation,” the spokesperson said.

The province said calls for black bear sightings were up earlier this year due to the late spring, but have subsided significantly.