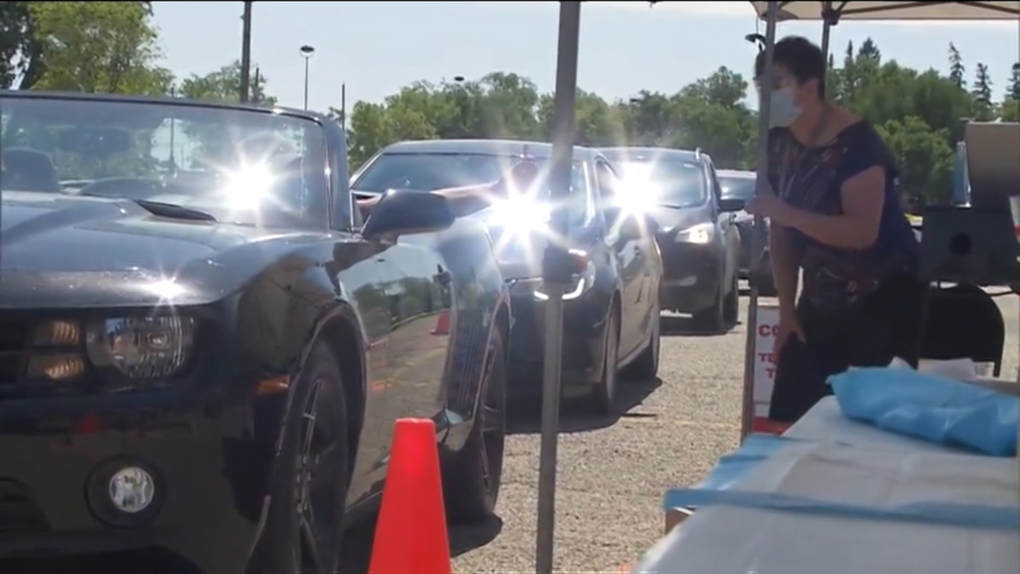 Crews could be seen setting up the Keystone Centre to serve as a testing site Tuesday morning. The centre was up and running at approximately 1 p.m. in the afternoon.

“We already have the site that was established in March at the Town Centre, but based on the volumes that we’ve seen in the last couple of weeks, we’ve set up a second site to be here,” said Glenda Short with Prairie Mountain Health.

Short said initially in Brandon, they were seeing at least 180 people a day show up for testing. In the past two weeks, they’ve been seeing 200 to 300 people per day on average, as the number of cases continues to increase in Brandon. As of Tuesday, there are 86 active cases in the Prairie Mountain Health Region.

“Yesterday, we had a high volume over 400,” she said. “It’s a tremendous amount of work done by our team at the Town Centre to get it all.”

-With files from CTV’s Jill Macyshon and Devon McKendrick