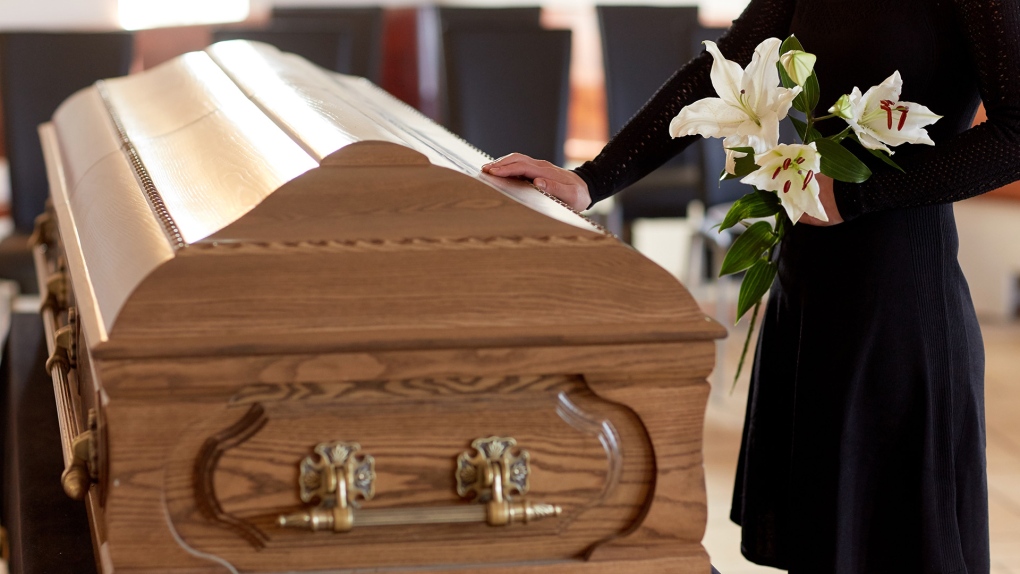 WINNIPEG -- Health officials are warning the public that someone who had tested positive for COVID-19 had attended a funeral while asymptomatic.

Officials said the person attended the funeral on Oct. 12 in Lake Manitoba First Nation, and while they were asymptomatic, they were in the infectious period.

Dr. Brent Roussin, the province's chief provincial public health officer, said the rise in cases in Manitoba, another 100 cases were announced Monday, are linked to larger gatherings including funerals.

"We've seen funerals with many people attending, leading to (a) large number of close contacts and cases," said Roussin. "We know this is a hard time for people, not being able to grieve in the way we normally do is very challenging, but these restrictions are in place because we know this virus is transmitted."

Those who attended the funeral are being told to self-monitor for symptoms and if they develop, they should self-isolate and seek testing.

"Our big message to Manitobans is that we need to reduce the number of contacts we have outside of our household."

"Gathering large (amounts of) people indoors for prolonged periods of time puts us at risk of transmission and we see that risk now."

"We've obviously been trying to discourage large gathering indoors at events such as funerals, even though we know how difficult that can be."