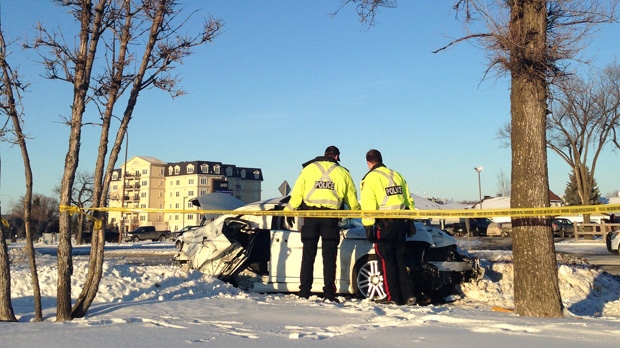 Police responded to the crash near Ducharme Avenue in early afternoon.

One of the people involved in the crash is in critical condition.

No word yet on the cause of the crash.