Crash on St. James Bridge sends one to hospital 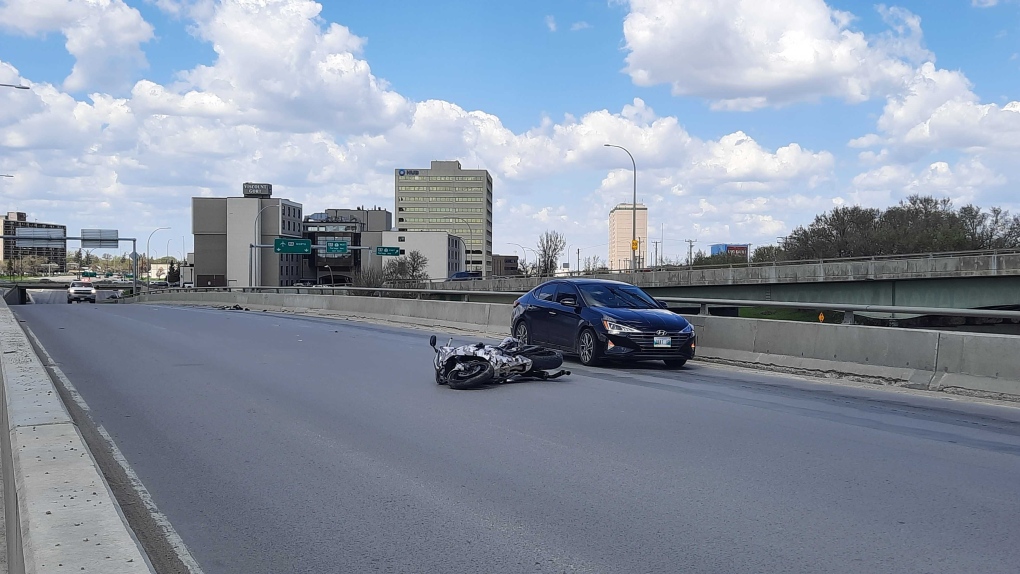 A crash involving a motorcycle and a car closed down part of St. James Bridge on May 24, 2022. (CTV News Photo Dan Timmerman)

One person is in hospital after a crash on the St. James Bridge Tuesday afternoon.

The crash involved a car and a motorcycle.

Police said the driver of the motorcycle was originally reported to be in critical condition, but has been upgraded to stable condition.

The City of Winnipeg said the crash is blocking the southbound median and middle lanes on the bridge. Traffic is asked to keep to the right and be cautious while passing the emergency vehicles.

The road is expected to open this afternoon, police said.

Russian missile attacks on residential areas killed at least 21 people early Friday near the Ukrainian port of Odesa, authorities reported, a day after the withdrawal of Moscow's forces from an island in the Black Sea seemed to ease the threat to the city.

A lack of programs to certify lifeguards amid the COVID-19 pandemic is contributing to the industry-wide shortage seen in Canada, a Toronto city official says.