A unit at a Winnipeg duplex is likely a total loss following two fires in the span of nine hours.

Around 11:40 p.m. on Thursday, crews with the Winnipeg Fire Paramedic Service were called to the initial fire at the second-storey unit of a duplex in the 100 block of Albina Way.

When firefighters got to the scene, they found fire and smoke coming from the unit. Crews attacked the fire from inside the structure and had it under control just after 12:30 a.m. on Friday.

Two people and a dog got out of the building before crews arrived. 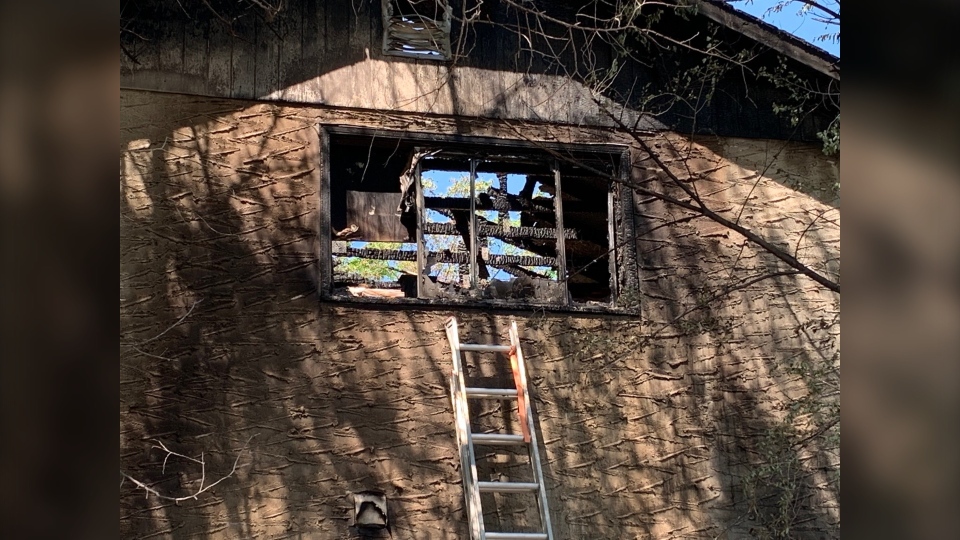 Then just before 9 a.m., the Winnipeg Fire Paramedic Service was called to a fire in the same unit.

This time, when crews got to the scene, they found the unit engulfed in flames.

Firefighters deployed exterior lines to stop the fire from spreading, and launched an interior attack of the fire. Crews had the fire under control just before 10 a.m.

At the time of the second fire, no one was inside the unit; however, occupants of a neighbouring unit evacuated.

According to the City of Winnipeg, the second-storey unit is expected to be a total loss, while the first-floor unit sustained smoke and water damage.

No one was hurt in either fire.

The causes of the fires are under investigation and there are no damage estimates at this time.