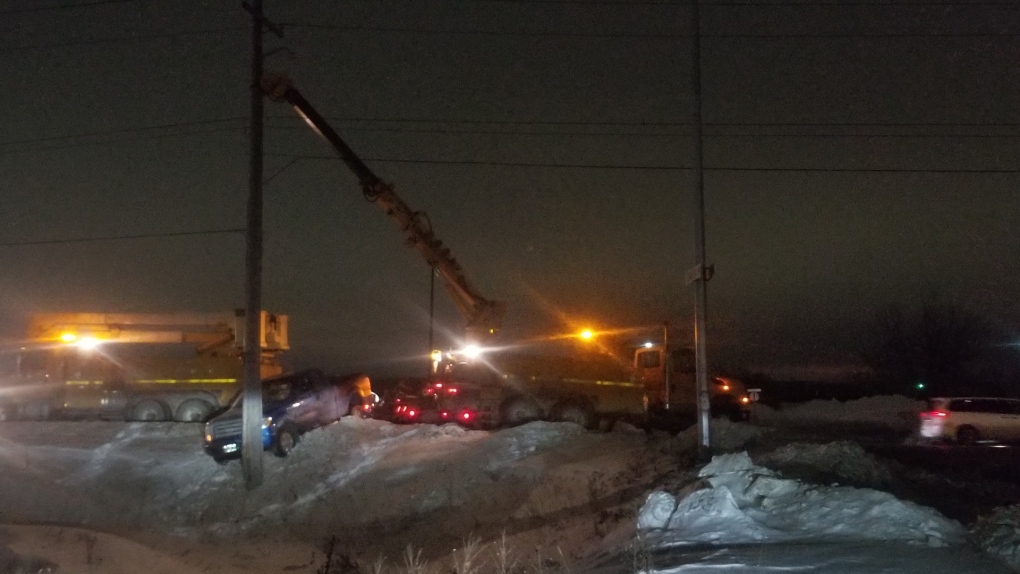 A truck crashed into a hydro pole on Lagimodiere Boulevard on Jan. 25, 2020. (Dan Timmerman/CTV News)

WINNIPEG -- Crews are working to extract a vehicle, which struck a ‘major’ hydro pole Saturday night, according to the Winnipeg Police Service.

Around 8 p.m., police said southbound Lagimodiere Boulevard is closed between Marion Street and Dawson Road as Manitoba Hydro and officers work to resolve the situation.

Police said there are no serious injuries, and said it is possible power to the area may be affected.

Hydro will determine the length of the road closure based on the integrity of the pole once the vehicle is removed.

Updates on current outages can be found on Manitoba Hydro’s website.

S/B Lagimodiere will be closed immediately between Marion and Dawson to extract a vehicle that struck a major hydro pole in the area.

Dawson between Lag and Marion will also be shut down.

Power to the area may be affected.

Length of closure not yet known