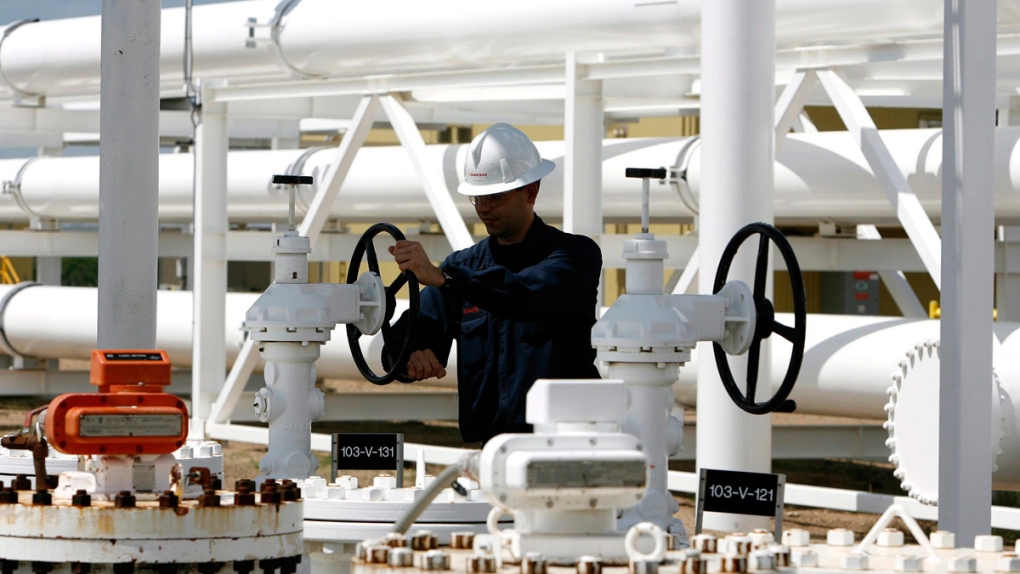 CALGARY -- A group that represents oilfield service and supply companies asked Ottawa earlier this year to use equalization payments as leverage to get reluctant provinces onside with pipeline projects.

The Petroleum Services Association of Canada made the pitch last February as part of its federal budget submission, which was obtained by The Canadian Press through an access-to-information request.

The association recommended that the federal government "amend equalization payment criteria such that transfer payments can be reduced or forfeit if a recipient province refuses transit of extra-provincial goods and/or products, or unduly impedes another province's market access, including unreasonable delays to transportation infrastructure projects."

Equalization payments are meant to help even out fiscal disparities between so-called "have" and "have not" provinces.

Mark Salkeld, president of the petroleum services group, said in an interview that the idea was to push some buttons.

He said the suggestion was not aimed at any particular province, although he added that the challenges the Energy East pipeline proposal has faced in Quebec have been frustrating.

He admitted that selling Ottawa on the proposal is "probably not very easy."

"But the whole point is to push buttons and wake people up," he said. "That's more or less a poke in the ribs ... The parochialism is getting sickening."

It's not the first time equalization in exchange for market access has been floated.

When Montreal-area mayors came out against the $15.7-billion Energy East proposal in January, Saskatchewan Premier Brad Wall tweeted that he trusted they would "politely return their share of $10B in equalization supported by the West."

The pipeline would carry Alberta bitumen through Central Canada to New Brunswick for refining and exporting to foreign markets.

Last week, Quebec was once again the epicentre of the Energy East debate when raucous protests disrupted the opening day of hearings in Montreal. The hearings have been suspended while the board decides if two panel members should step down amid conflict-of-interest concerns.

In its budget proposal, Salkeld's association said it understands the need for Canadians to trust pipeline reviews, but "there are vocal minorities who will never be satisfied."

Investment in oil and gas helps Canada grow its middle class and fund infrastructure and social programs, it argued.

"Provinces that hinder such growth and opportunity should not benefit from this lack of support and co-operation."

"It's an absurd proposal."

Matters such as providing clean drinking water are a provincial responsibility, so provinces shouldn't be penalized for making sure rivers and lakes aren't polluted by a potential pipeline oil spill, he said.

And the benefits of oil and gas extraction aren't shared evenly throughout the country, Brooks said, because provinces reap royalties from resources extracted within their boundaries.

"Other provinces that aren't receiving benefits are asked to shoulder the risks and often times those risks outweigh the benefits."

Salkeld said he did not discuss transfer payments when he met last week with Natural Resources Minister Jim Carr.

But he did bring up other ideas such as federal help in cleaning up inactive oilwells, which he said would provide a much-needed jolt to Alberta's ailing economy.

Carr's office declined an interview request and referred questions to Environment and Climate Change Canada. It said the government was "not in a position at present to provide views on particular stakeholder proposals put forward in response to Budget 2016."

Environment Canada spokesman James O'Regan said in an email the government is gathering feedback for a national approach to climate change and clean growth, which first ministers are to finalize this fall.