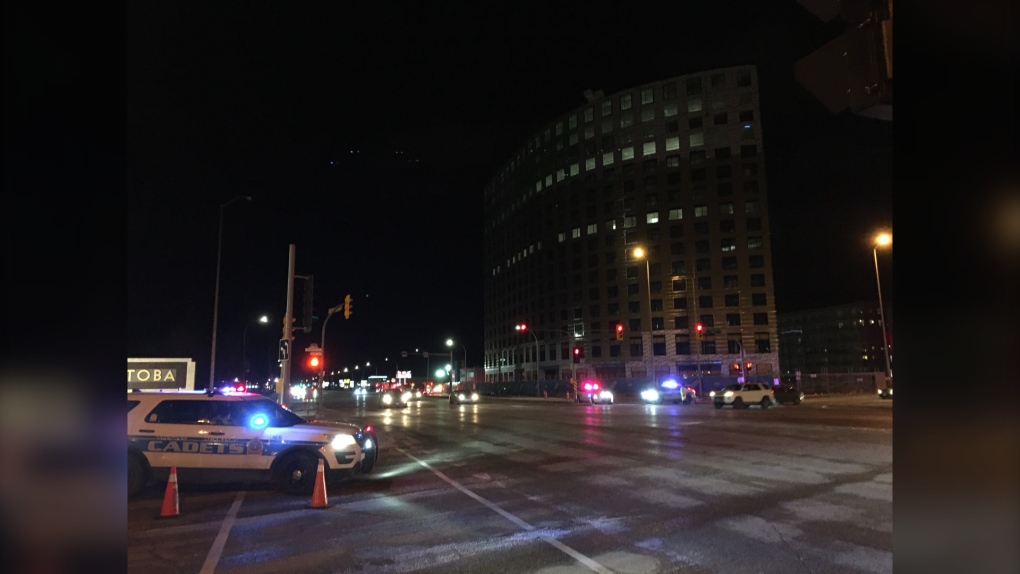 The southbound lanes on Pembina Highway at Bison Drive closed due to a dangerous situation on Oct. 31, according to Winnipeg police. (CTV News Photo Zachary Kitchen)

WINNIPEG -- A "dangerous situation" shut down the southbound lanes on Pembina Highway at Bison Drive Saturday night, according to Winnipeg police.

Pembina Hwy southbound is currently closed at Bison Drive to all traffic due to a dangerous situation. Police are requesting that people seek an alternate route to go south on Pembina at Bison drive.

Officers added, due to high winds, there is potential for blowing debris from a nearby construction site. Police said they will advise when the situation is resolved and the road is reopened.

Update from Pembina Hwy and Bison Dr Danger situation involving flying debris. Merge lane on Bison Dr onto southbound Pembina as well as the curb lane southbound Pembina from Bison Dr will be closed off until the morning. Works and Ops have put up barricades.