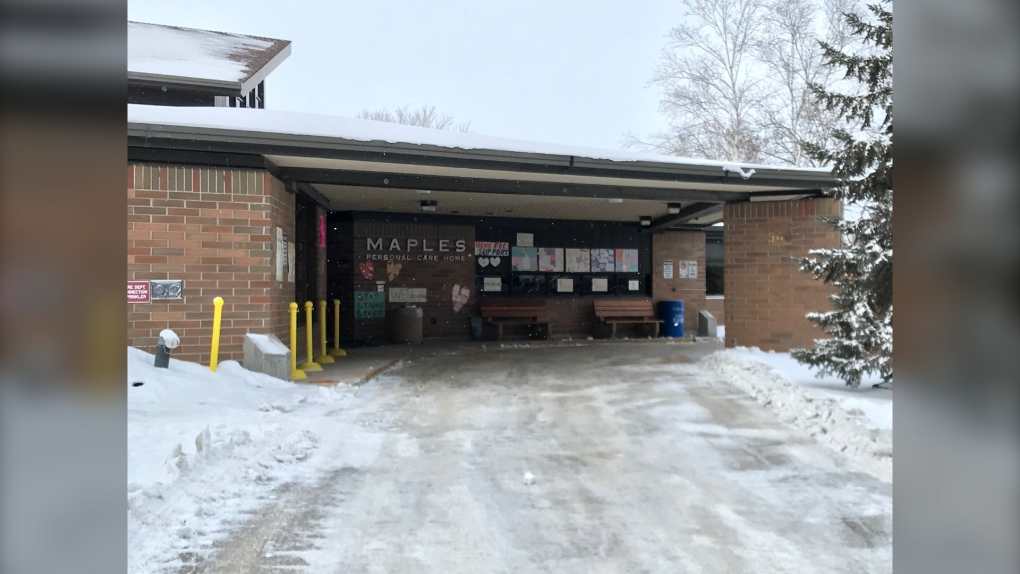 WINNIPEG -- A Winnipeg woman feels she was left in the dark about reviews at three Manitoba personal care homes, including the one at Maples Personal Care Home where her dad lived for six years up until his death.

In a rare move, the province put the facilities under the microscope after identifying concerns with staffing and infection control.

Prost, who had been given permission to go into the care home to help care for her father, found him last Wednesday evening alone in his room, sitting in his wheelchair facing the wall.

“I walked in and turned him around and he was white as a ghost and he was foaming at the mouth and he was gurgling,” Prost said. “I could hear the crackling in his voice. I just immediately called for help.”

911 was called and paramedics rushed Balagus to hospital.

Prost said her dad died early last Thursday morning and the medical examiner deemed the cause as aspiration pneumonia.

She’s concerned he could’ve died alone in his room.

Revera, the company that runs the care home, said for privacy reasons it can’t discuss details of Balagus’s care.

Prost said she didn’t know Manitoba Health had put Maples’ operating licence under review a month before her dad’s death.

A provincial spokesperson said Manitoba doesn’t proactively disclose that information. If families ask about it, care homes are obligated to share the status of their licence.

“Resident safety is our top priority and the regional health authority and the province begin to work with the site immediately to ensure residents are safe upon the identification of an issue or concern,” a provincial spokesperson said in email.

In the case of Maples Personal Care Home, the province said concerns related to staffing and infection prevention and control prompted the review.

A COVID-19 outbreak claimed the lives of 55 residents. The outbreak started Oct. 20 was declared over Jan. 12.

Prost knew the outbreak was taking a toll on residents and workers but she said families should’ve been told about the review.

“Had we known, we would’ve been jumping on getting him out of there right away,” Prost said.

The province said it anticipates a status update from Maples care home within the next two months on the action it’s taken to address the concerns.

New resident admissions have already been suspended at Maples and Parkview Place.

The province said if a care home is placed “under review” it could also direct facilities to improve infrastructure, staffing and training or assign management oversight.

Suspending or revoking a care home’s licence is also a possibility but no licences have been revoked in the past 10 years.