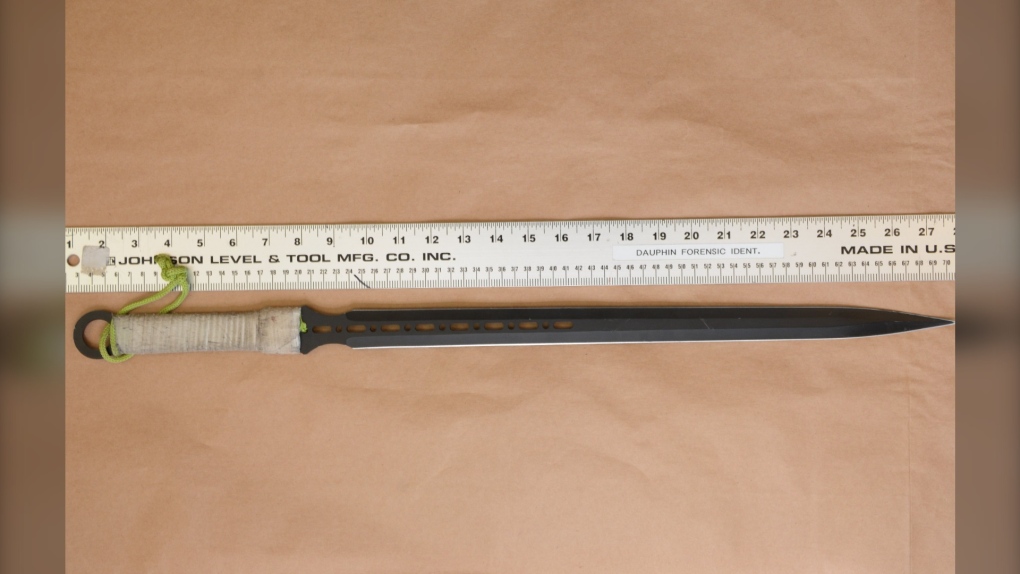 The sword used in the attack. (Source: Manitoba RCMP)

The Manitoba RCMP is looking for three suspects after a man was attacked with a sword in Dauphin, Man., on Monday.

Just after 6 p.m. on Monday, officers learned that a 25-year-old man went to the Dauphin hospital with a non-life-threatening stab wound.

Mounties said the incident began around 5:45 p.m., when three teenagers were walking on Oak Street, with one of the teenage boys hitting a car with a sword.

Police said the owner of the car confronted the teen, which resulted in a fight where the man was struck by the sword. The victim managed to gain possession of the sword before the suspects left the area.

The victim was treated and released from the hospital.

RCMP officers are now looking to identify the three suspects, which include a Caucasian male, between 17 and 19 years of age, who is about six feet tall, with a slim build, and dirty blonde, shoulder-length hair.

Police describe the second suspect as an Indigenous male, who is about six feet tall, with a slim build, and dirty blonde, shoulder-length hair.

The third suspect is described as an Indigenous female with light-coloured hair with green streaks. Police note she was wearing a red shirt.