WINNIPEG -- Residential infill is a divisive issue in the city.

Building new homes in established neighbourhoods is a way to make use of existing city services and infrastructure, but many residents living near these new builds say it changes the character of the community.

Wayne Koss has lived in his house on Manitoba Avenue for 12 years. He said after the house next door to him burned down the lot was bought and a residential infill build started to go up.

“When I walk out my back door all I see is a wall,” said Koss.

“I have no sunshine plus the house is only three feet from the property line when it’s supposed to be four.”

Koss said his fence was removed by the contractor and that a surveying company told him it was on the property line, but the contractor removed it anyways. 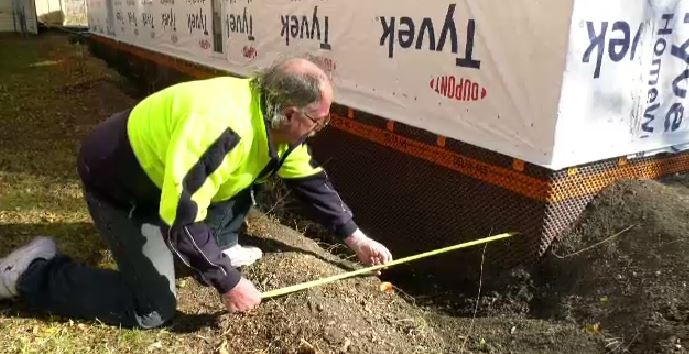 Wayne Koss says he is frustrated by the infill going up in his neighbourhood.

He said he expects the design of the property will cause him trouble as well.

“All the water that’s going to pour into my yard off that roof is just going to flood my yard, and eventually it’s going to hit my foundation.”

Mike Ross, construction manager with Sharp Builders, is managing the build site next to Koss’ home.

He said the surveyors adjusted the property lines because Koss’ fence was obstructing it.

“They offset the pins one foot into the lot and identified that on the property stakes.”

Ross said he’s done several infills in the city and acknowledged it can be a touchy subject.

“There are some places that welcome it quite a bit. There are others who are opposed to it,” said Ross.

“I do very much understand and we’re empathetic to the fact that at times it’s going to change the scape of the neighbourhood and in this case I guess that’s occurred.”

A report on infill construction site practices is set to be tabled Friday at city council to the Standing Policy Committee on Property and Development, Heritage and Downtown Development.

The report makes several recommendations to the committee including an analysis of best infill practices from other Canadian cities, and considerations for different areas of Winnipeg.

Councillor for St. Vital Brian Mayes has been advocating for better rules around residential infill for years.

He says the city hasn’t done enough to serve the people already living in these communities and wants to see some tangible change.

He said the city needs to do a better job of enforcing the existing rules around infill and residents like Koss agree.

“These (homes) are just way too big, they don’t fit in. They don’t fit on the land. They’re way too high and they look stupid. They’re going to depreciate the land value.”