Deer found with garbage can lid stuck around neck 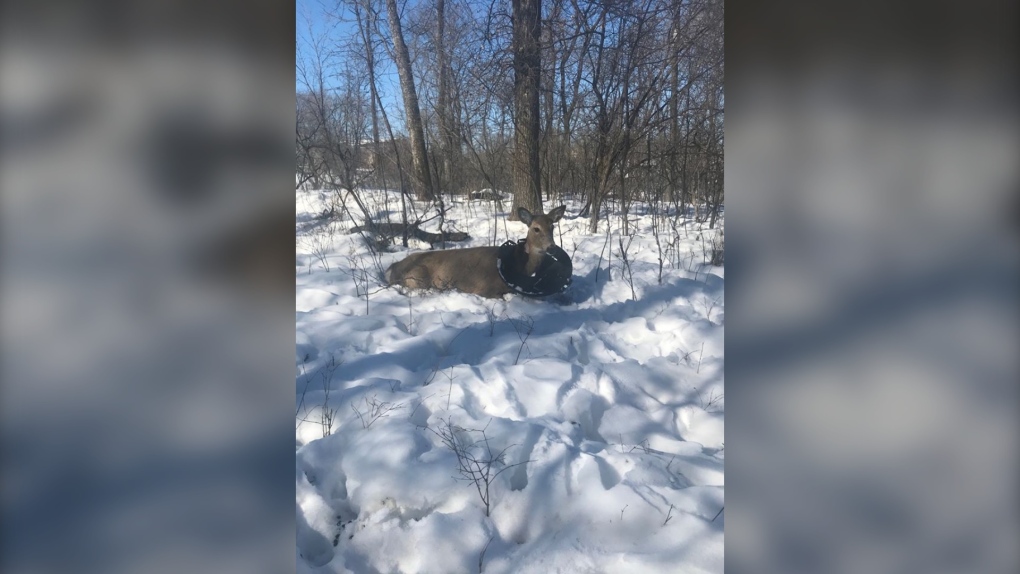 The deer could be seen with a lid on its head. (Source: Facebook/Manitoba Government)

WINNIPEG -- Conservation officers in Winnipeg rescued a deer which found itself in a sticky situation over the weekend.

The animal could be seen with a broken garbage can lid around its neck, according to a Facebook post by the Manitoba government.

With some help from the public, conservation officers tracked down the deer on Sunday. The animal was safely immobilized and the lid was taken off.