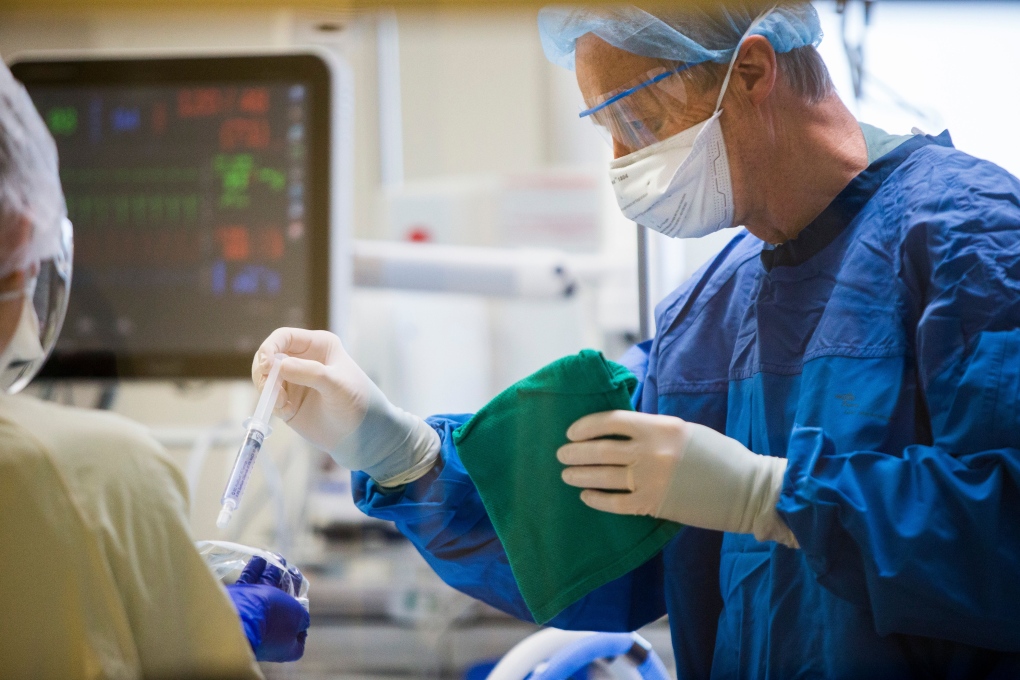 WINNIPEG -- COVID-19 cases and deaths related to the virus have dropped significantly in Manitoba, as the province reports the lowest number of deaths since early November.

These most recent deaths bring Manitoba's total number of COVID-19 deaths to 572.

The province also reported 167 cases of COVID-19, a drop from the more than 200 cases the province reported daily over the weekend.

"Our case numbers are down today, which is definitely a positive. However, we must remain vigilant," said Dr. Jazz Atwal, acting deputy chief provincial public health officer. "We can't let these lower numbers lull us into a false sense of security."

NEXT TWO WEEKS CRITICAL IN MANITOBA, CASES COULD SPIKE IF PEOPLE GATHER

Atwal said the next two weeks in Manitoba are critical and said cases could spike again if people gather over the holidays. He urged Manitobans to celebrate Christmas with members of their household only, and visit virtually with friends and family.

"These sacrifices this year are done to make sure that next year we're able to celebrate with all our loved ones safely gathered together."

Manitoba's Health Minister Cameron Friesen said the arrival of vaccines in the province represents a "perceptible change" in Manitoba's place in the pandemic.

"No one is suggesting that there won't be a long road ahead of us. We're not out of the woods yet," Friesen said.

"Manitobans should know that the work that is continuing to be ready for the arrival of the vaccine in Manitoba, that work is significant and I believe gives people cause for hope."

He said the drop in cases represents the connection between strict restrictions and Manitobans compliance. He said Manitoba is among the only province in Canada to see cases drop.

The province reported a total of 16,717 people have recovered from the virus, with more than 5,700 cases still reported as being active.

Lanette Siragusa, the chief nursing officer for Shared Health, said the province's intensive care units were operating at 168 per cent of the normal pre-COVID capacity, with a total of 121 patients.

Siragusa said while the number of cases in hospitals is higher than the health-care system is used to, she said the cases have been stable.

"I think that is really because Manitobans have been doing what they need to do and follow those restrictions," she said. "However, there is a bit of anxiety about still what's to come and how bad could it be, so we are really hoping everyone stays vigilant."

These new cases bring the total number of COVID-19 cases in Manitoba to 23,025, though one case was removed from the total due to a data correction.