'Definitely a treasure': Magazine checked out 45 years ago returned to Winnipeg library 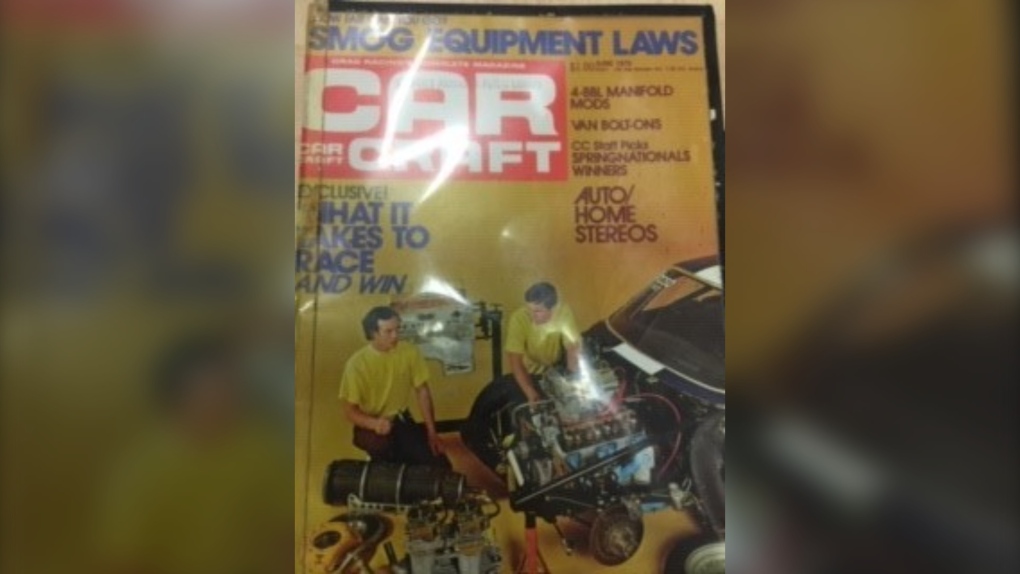 WINNIPEG -- A Winnipeg library received a long-overdue surprise when it reopened for people to return items this week.

The St. James-Assiniboia Library recently received an issue of Car Craft magazine from 1975 in its return slot this week.

According to the library card in the magazine, the item was checked out in June 1975. 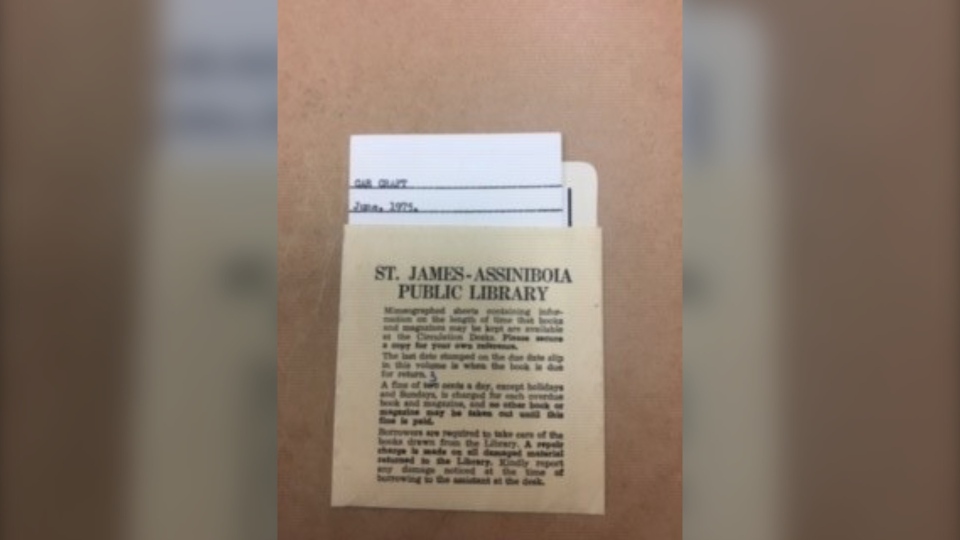 Stephanie George, the branch head librarian, said the magazine was returned in an envelope on Monday. The envelope was put on a cart by a staff member, and the item was quarantined for four days, under the library’s current rules for returns.

“There was no note or anything, just the return,” she said. “I know lots of people are cleaning out their basements and their homes these days because of the extra time, so I’m not sure if it’s one of those sorts of things, but it was definitely a treasure.”

George said for a magazine that was 45 years old, it’s still in “pretty good shape.”

“It’s not completely falling apart or anything,” she said. “I think at this time, they were binding the magazines in a different way. Now, we just kind of put them out, but there was a plastic covering on them, and some black tape around the edge, so the cover is still in really good shape.”

George said the magazine was likely considered lost, and will not be in the system anymore, and expects it will likely just remain at either the St. James-Assiniboia or Millennium library branch.

“It’s not going back into the circulated collection,” she said.

It’s the second time in recent years the library has received a long-overdue item. Two years ago, a copy of “Sarah Binks” by Paul Hiebert that was checked out in 1968 was returned to the St. James-Assiniboia branch.

On Monday, 10 library branches in Winnipeg began accepting returns and providing contactless checkout of books, a process that George said has been going well so far.

“Our patrons love the services that we provide, and are wanting books and reading materials, especially spending so much more time at home,” George said. “I think the 10 branches that are currently open have felt it has gone fairly smoothly over the first few days.

George said due to the quarantine on items, returns may not immediately show up on your account. Patrons should wait at least four or five days before the items are removed from their account.

While overdue fines normally max out at $7 for adult magazines, the library is not currently charging fines for the rest of 2020.