Demonstrators at 'Time's Up Nygard' rally call for action on sexual violence, misogyny

It coincides with a stay of proceedings granted this past Friday in a class-action lawsuit filed by 57 women against Nygard, which contains allegations of sexual assault.

While a judge has hit pause on the case, rally organizers said it’s time for the community to take a stand.

“It’s the moment. The Me Too movement has happened, time’s up is in the air,” said Julie Guard, a University of Manitoba history and labour studies professor.

Guard spoke at the rally which was put on by local unions and organizers of Women’s March Winnipeg.

Organizers said the goal is to bring attention to the Nygard case, support the women who’ve come forward and put a stop to sexual violence. 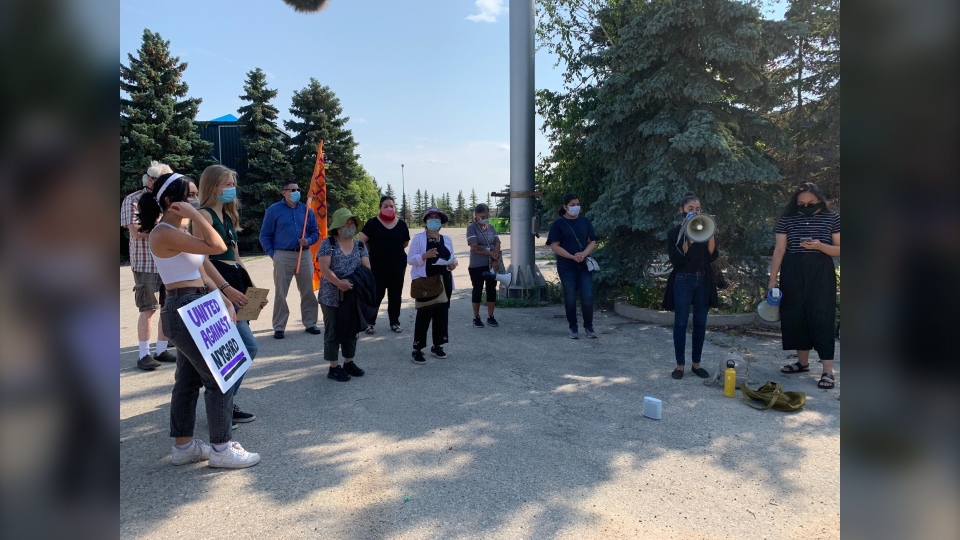 “I think the point of the rally is to insist that as a community, we say no,” said Guard. “No more to this. Time’s up.”

The 57 women, including 18 Canadians, joined the lawsuit against Nygard which was first filed this past February in a U.S. court.

Parties, the lawsuit alleges, were actually meant to entice women who were then sexually assaulted.

“I think it takes a lot of courage in today’s society to stand up to that kind of power and privilege,” said Leslie Spillett, a community advocate and activist.

“It needs to stop. Patriarchy and misogyny in this society needs to be challenged as fiercely as racism and other types of oppression.”

Spillett, who worked as a representative for the International Ladies’ Garment Workers’ Union in 1980s, told the demonstration Nygard employed some of the union’s members.

No criminal charges have been filed against Nygard and none of the allegations in the lawsuit have been tested in court.

Nygard’s lawyer has repeatedly denied the accusations against his client. 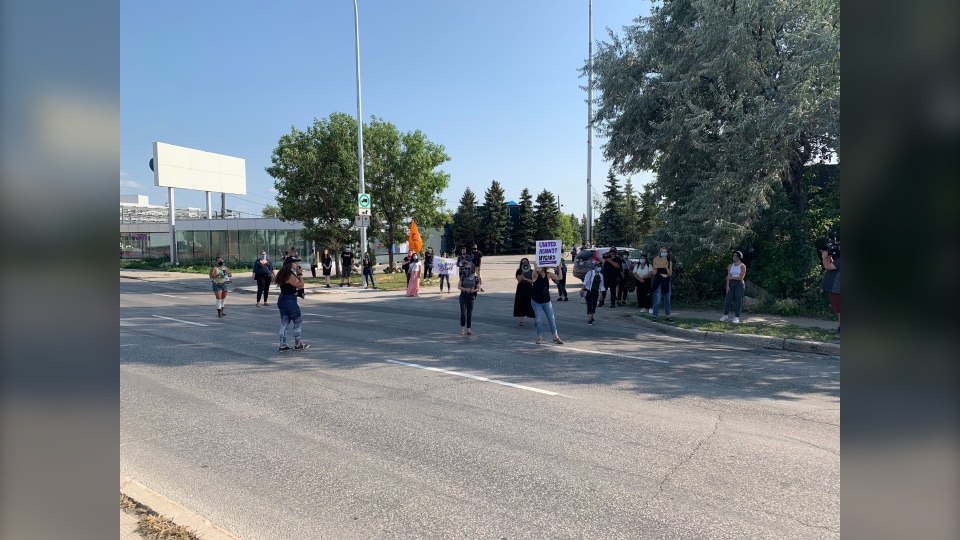 The exact reasons for the stay of proceedings in the civil suit have been sealed by a judge. Prior to the order being sealed court records showed the stay was the product of a government motion.

Lawyers said the case isn’t over and it could still move forward at another time.

The legal system, activists said, can make it difficult for women to come forward.

Guard hopes demonstrations like this will make a difference.

“One of the problems with the existing system is that it’s very difficult for victims to get success through the court system so we need to change a number of things, including the way that these things are prosecuted in the courts,” said Guard.

Demonstrators said while they’re not directly connected to the Nygard case, they wanted to support the women who came forward.

-With files from Kelly Geraldine Malone of The Canadian Press.