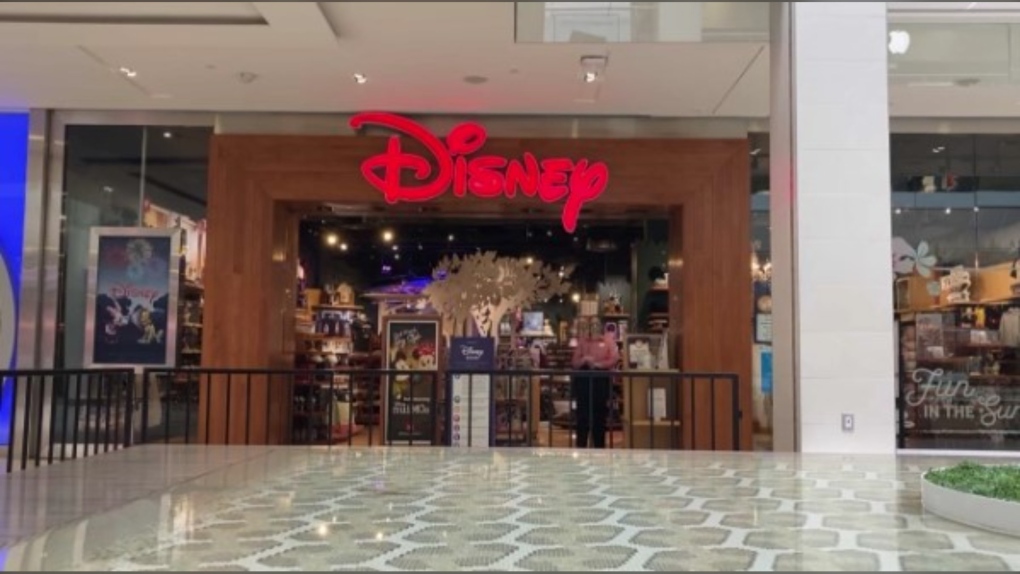 The exterior of a Disney Store is pictured in an undated image. The Disney Store at C.F. Polo Park will close in 2021, the mall confirmed on Tuesday. (Supplied image).

WINNIPEG -- The next time you're looking for a Buzz Lightyear toy or a Frozen outfit, you may have to order it online.

CTV News has learned the Disney Store at C.F. Polo Park will be closing.

In a statement, a spokesperson for Cadillac Fairview writes, "We were disappointed to learn that Disney will be leaving the centre, as they have been a valued partner... As you know, our retail mix is in constant motion. We are working on other exciting opportunities that we look forward to announcing once details are confirmed."

In March, The Walt Disney Company announced it intended to significantly reduce its slate of Disney stores, and instead move toward e-commerce. As part of the shift, the entertainment giant said in a statement on its website that it would, "reduce its brick-and-mortar footprint, beginning with the closure of at least 60 stores in North America this year."

In the statement, the company said consumers have moved toward online shopping and said the pandemic has "changed what consumers expect from a retailer.”

The exact date when the Disney Store at C.F. Polo Park will officially close its doors for the final time is still unknown.