Do you know these people? Winnipeg woman finds an old family photo during renovations 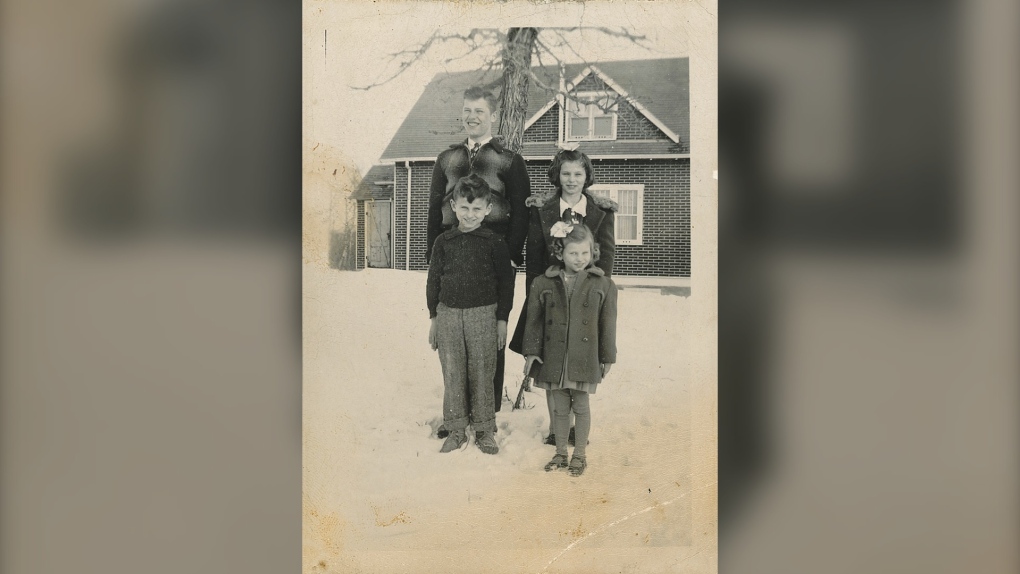 A photo of four children found by Erin Peters in her Winnipeg home during renovations. Peters is looking to find out information about the people in the photo (Supplied image: Erin Peters)

WINNIPEG -- A Winnipeg woman is looking for some help after discovering an old family photo in her home.

Earlier this month, Erin Peters was performing renovations on her home in the West End and was removing baseboards to help refinish the floor in the home, when she discovered an old family photo wedged in the baseboards of the bedroom.

The photo shows four children, who appear to be siblings, standing in front of a tree and a home in the winter. There are two boys and two girls in the photo.

“We know what renovations have been done in the house, based on the permit that was pulled, and we’ve actually spoke with the previous owner of the house, because she was around when we were moving in,” Peters said.

Peters said she asked the nephew of the previous owner of the home who was in the photo, but he said he did not know who the people photographed were.

“We don’t have any information,” she said.

She decided to post the photo on Reddit to see if anyone had any leads, and information on who is pictured in the photo.

“I don’t have any plans to dig into it, but if it turns into something, I’d be happy to join in on the fun,” Peters said.